Canada leads with regulations to limit methane from oil and gas facilities, but test will be how they address provincial regulations 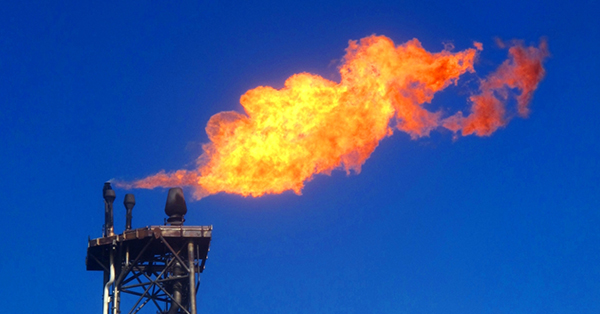 With these federal regulations in place, the onus now shifts to Alberta and other provinces to meet or exceed the federal benchmark, say environmental groups

Ottawa, Ont. – Today, Canada became the first country to commit to regulations that would limit damaging and wasteful methane emissions from both new and existing oil and gas facilities nationwide. Environmental groups across the country welcome this important step. The real test now will be whether the federal government remains firm in the face of industry opposition by requiring provincial rules to achieve verifiable reductions consistent with national emission reduction targets.

Provinces, specifically British Columbia, Alberta, and Saskatchewan, can either adopt the federal framework or develop their own regulations to achieve Canada’s methane goal. The federal government must now ensure that any provincial rules, such as those released by Alberta Tuesday, achieve equal or greater methane reductions. If not, Alberta’s proposed regulations could significantly undermine the progress made by Canada’s groundbreaking federal standards. In its release of the regulation, the federal government gave no clear indication of how they will treat Alberta’s much weaker regulatory approach.

The oil and gas sector is the largest overall source of greenhouse gas (GHG) emissions in Canada and the largest source of methane emissions. As part of the Pan-Canadian Framework on Climate Change and Clean Growth, Canada committed to reducing the waste of methane, also known as natural gas, by 40 to 45 per cent in the next eight years. These regulations are one of most cost-efficient ways to reduce greenhouse gas emissions.

This is a vital component of Canada’s climate plan and a positive step by this government. However, even with these regulations, the federal government has yet to sufficiently address the oil and gas sector’s overall GHG emissions in a way that would be consistent with meeting Canada’s climate commitments. Concessions have already been made to the oil and gas industry in the development of the federal methane regulations, and the provincial ambition to address methane must match the federal model – there is no more room for compromise.

Recent scientific data gathered at oil and gas sites across Canada show that methane emissions are much higher than reported by industry. Ottawa has designed the methane regulations to ensure capture of emissions despite underreporting—an approach that must be followed by the provinces. Alberta and other provincial governments must also put in place regulations that require accurate, transparent, and verifiable public reporting.

Several reports show that reducing oil and gas methane emissions is one of the most cost-effective climate solutions in Canada. The International Energy Agency’s most recent analysis shows that globally, 50 per cent of oil and gas methane reductions can be achieved at no net cost, which would have the same climate benefit in 2100 as immediately closing all the coal plants in China, and result in economic opportunity associated with more efficient operations.

Layers of federal and state regulations in the United States provide similar coverage to reduce methane emissions. The Canadian oil and gas sector will be better poised to compete globally if weaker provincial standards are prohibited from undercutting the effectiveness of the federal regulations.

About CLEAN AIR TASK FORCE (catf.us): Clean Air Task Force is a nonprofit environmental organization with offices across the U.S. CATF works to help safeguard against the worst impacts of climate change by catalyzing the rapid global development and deployment of low carbon energy and other climate-protecting technologies through research and analysis, public advocacy leadership, and partnership with the private sector. For more information, please visit www.catf.us.

About the DAVID SUZUKI FOUNDATION (davidsuzuki.org): The David Suzuki Foundation is a leading Canadian environmental non-profit organization. We collaborate with all people in Canada, including government and business, to conserve our environment and find solutions that will create a sustainable Canada through evidence-based research, public engagement and policy work. We operate in English and French, with offices in Vancouver, Toronto and Montreal.

About ENVIRONMENTAL DEFENCE (environmentaldefence.ca): Environmental Defence is Canada’s most effective environmental action organization. We challenge, and inspire change in government, business and people to ensure a greener, healthier and prosperous life for all.

About ÉQUITERRE (equiterre.org): Équiterre offers concrete solutions to accelerate the transition towards a society in which individuals, organizations and governments make ecological choices that are both healthy and equitable.

About the PEMBINA INSTITUTE (pembina.org): The Pembina Institute is a national non-partisan think tank that advocates for strong, effective policies to support Canada’s clean energy transition. We employ multi-faceted and highly collaborative approaches to change. Producing credible, evidence-based research and analysis, we consult directly with organizations to design and implement clean energy solutions, and convene diverse sets of stakeholders to identify and move toward common solutions.

For more info or to arrange an interview, please contact: