Regulation of GHG emissions from passenger vehicles: Canada must maintain its ambition

Équiterre reacts to the U.S. EPA announcement of the mid-term review of the GHG emissions standards for passenger vehicles 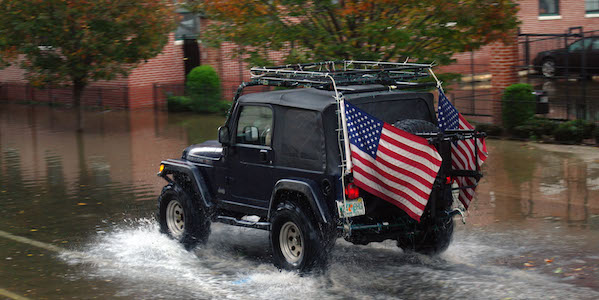 Ottawa, April 3rd 2018 - U.S. EPA administrator Scott Pruitt announced yesterday that the current GHG standards for passenger vehicles sold in the U.S., established under the Obama administration, were no longer appropriate and should be revised.

Since 2012, the Government of Canada regulates GHG emissions from cars and light trucks sold in Canada under the Canadian Environmental Protection Act. The regulations prescribe increasingly stringent standards for cars and light trucks in order to reduce GHG emissions from the fleet of vehicles sold in Canada every year, and are harmonised with the U.S. EPA regulations.

Given this harmonisation of our regulations with the U.S. an eventual rolling back of the U.S. vehicle emissions standards would result in an equivalent weakening of the Canadian regulations.

Regulating GHG Emissions in the Transportation Sector: Canada Must Stay The Course

“A divorce is now in order when it comes to the U.S. administration approach with respect to vehicle GHG standards.” stated Annie Bérubé, director of government relations at Équiterre. “It is obvious that this announcement from the U.S. EPA must trigger the beginning of a review to separate our GHG emissions regulations from those of the U.S. . We must ensure that the current stringency of the GHG emissions regulations for passengers vehicles is maintained. in Canada.”

Canada will be able to count on the leadership of the state of California, and many other american states, who will maintain the current vehicle emission regulation. These states, together with Canada, could make up close to the majority of the vehicle market in North America.

For information or interview requests: