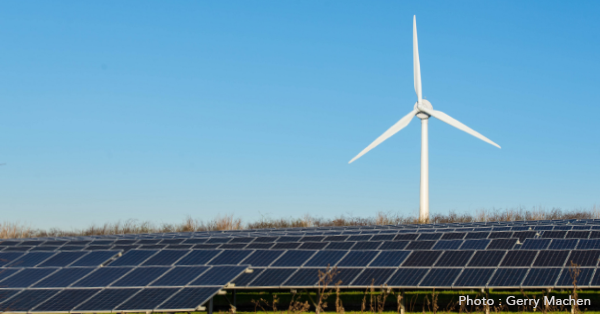 Montreal, October 18, 2017 – Équiterre applauds the commitment by the Caisse de dépôt et placement du Québec (CDPQ) to the fight against climate change. Today the CDPQ announced a series of measures aimed at expanding its investments in renewable energies and clean technologies, curbing its greenhouse gas emissions and making climate change questions a key part of its investment decision making.

“When an investment fund as large as the Caisse de dépôt makes an announcement like today’s, it sends a signal to investors the world over about the importance of combating climate change and the strategic future represented by clean technologies and renewable energies,” stated Steven Guilbeault, Senior Director of Équiterre.

Today the CDPQ announced that it would be making climate one of the three pillars of its future investment decision making, the other two being risk and performance criteria. In addition, the fund is pledging to increase low-carbon investments by 50% by the year 2020.

Further, the fund is committed to reducing the GHG emissions in its investment portfolio by 25% by 2025 and imposing a “carbon budget” on all of its investor teams.

“In so doing, the CDPQ is sending a clear message to investors and businesses: the future of energy does not lie in hydrocarbons, but rather in clean technologies and renewable energies,” added Mr. Guilbeault.

Mr. Guilbeault had this to say in closing: “We see this as a major step in the fight against climate change, and we invite the fund to analyze the potential impact of this series of measures on efforts to limit the temperature increase to 1.5-2 degrees C as provided for in the Paris Accord.”