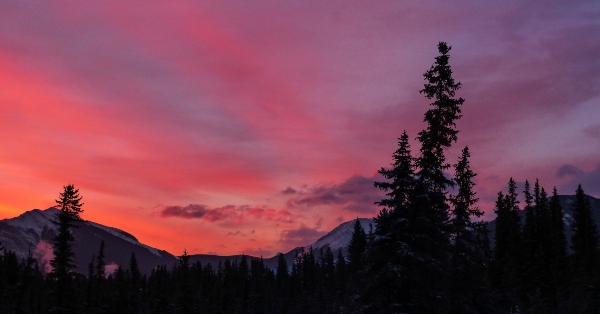 For decades, Canada has failed to meet any of its climate targets. Bill C-12 marks an important step towards giving Canadians confidence that their governments will deliver on their climate promises. If adopted, this bill would mean that Canada joins leading countries in establishing a legislated governance framework that brings together its climate target-setting, planning and reporting processes.

This bill was stalled in the House of Commons for months after it was introduced by the government in November of 2020, and as MPs on the Standing Committee on Environment and Sustainable Development engaged in lengthy clause-by-clause debate. The committee completed its review of the bill on Wednesday evening, after approving dozens of strengthening amendments. Our groups appreciate the committee's efforts this week to send C-12 back to the House of Commons for third reading.

While Bill C-12 is not perfect, it provides a foundation we can build on to ensure Canada does its fair share to avoid a global climate catastrophe.

In a joint brief and in witness testimony, we have emphasized the necessary elements of a robust climate accountability framework for Canada. We will continue to push for rigorous implementation of Bill C-12 and complementary measures to ensure this legislation lives up to its promise.

With the Senate committee on Energy, the Environment and Natural Resources in the midst of a pre-study of the bill, groups are hopeful that momentum will carry forward and Parliament will swiftly pass the bill. Early action is critical for Canada to achieve its 2030 target and to set us on course for net-zero emissions by 2050. Given the possibility of an upcoming election, any further delay could jeopardize timely implementation of this important law.

Canada needed climate accountability legislation when the first private members’ bill on this issue was introduced in 2006, and it is desperately needed today. We urge all Parliamentarians to work together to advance the bill to the final vote in the House of Commons and through the Senate before the end of June.

Overview of the amended version of Bill C-12 ; The committee made a number of positive amendments:

Bill C-12 still has some shortcomings. Fortunately, these may be addressed through rigorous implementation. To ensure the bill lives up to its promise, our organizations will work to ensure that:

“Canada currently has no permanent legislative structure to deal with the greatest challenge of our time. Bill C-12, while imperfect, would fill this gap and put us on the path to climate responsibility. A first step must be taken. Others must follow, but the most important thing is to move quickly.”
- Émile Boisseau Bouvier, climate policy analyst, Équiterre

"The environment committee has made significant amendments to Bill C-12 that increase accountability and strengthen this legislation’s ability to fight the climate crisis. We need to see more cross-party cooperation in facing down the climate emergency. The House of Commons and the Senate must move quickly to make sure this legislation achieves royal assent before the summer recess."
- Alan Andrews, Ecojustice Climate Program Director

“For decades Canada has set climate targets without any plan for how to achieve them. While we are disappointed that Bill C-12 is not as strong as similar laws in other countries, we celebrate that Canada will finally have some of the transparency and reporting obligations that can help us bend our greenhouse gas curve and work to protect our communities and children from the worst of climate change.”
- Andrew Gage, Staff Lawyer, West Coast Environmental Law Association

"If adopted in a timely manner, and with strong implementation, Bill C-12 has the potential to finally ensure that Canada has consistent and transparent planning to tackle the climate crisis. As ever, and with our members and allies, Climate Action Network Canada will keep working to build on the framework that this Bill lays to transform climate action in this country."
-Caroline Brouillette, policy analyst, Climate Action Network Canada

“Canada's climate commitments must be anchored in law as soon as possible if we are to end our legacy of missed targets, rising emissions and zero accountability. Bill C-12, as amended, has the necessary elements to bind the federal government to clarify and justify near and long-term emissions reductions actions. This is a first step to unlocking the vast investments and social transformations that are needed for society-wide decarbonization. In this decade of critical climate action, we cannot afford to go back to the drawing board.”
- Sabaa Khan, David Suzuki Foundation