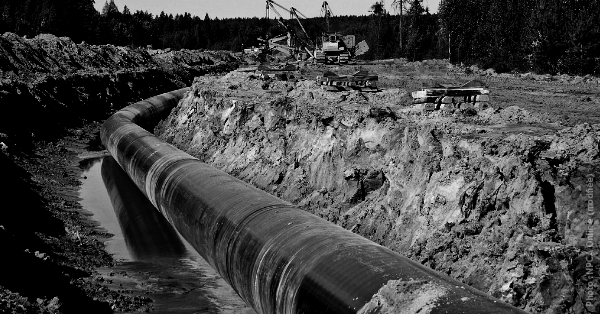 In his statement, Prime Minister stated that he relied on Alberta’s climate plan and particularly the 100Mt cap on oil sands to contain emissions on these projects.

The Trans Mountain Expansion Project (TMX) would expand the existing Trans Mountain pipeline system between Edmonton, Alberta and Burnaby, BC. It would include approximately 987 km of new pipeline, new and modified facilities, such as pump stations and tanks, and the reactivation of 193 km of existing pipeline. The Westridge Marine Terminal would also be expanded and result in increased tanker traffic, a threat to endangered killer whales and other marine wildlife.

“The federal government is going in the wrong direction on this one, there is strong opposition, not only in British Columbia but also across the country to this project" stated Steven Guilbeault, director principal of Équiterre. "We can therefore expect that Trans Mountain Expansion will suffer the same fate as the proposed Northern Gateway pipeline and will never be built, due to expected legal challenges that today’s decision will trigger" concluded Mr. Guilbeault.

The initial assessment of the Trans Mountain Expansion project by the National Energy Board (NEB) was filled with deficiencies, the least of which was a failure to assess the project’s contribution to Canada’s GHG emissions. “This is completely unacceptable, as we expected a complete life cycle assessment of the project’s emissions to be essential to the federal cabinet decision process” stated Annie Bérubé, director of government relations at Équiterre. “We have essentially written a blank cheque to Kinder Morgan when it comes to the project’s contribution to the country’s GHG emissions profile” added Ms. Bérubé.

The federal cabinet also announced today a conditional approval for the expansion of Enbridge Line 3. This $7.5 billion project would replace the current line linking Hardisty, Alberta to Superior in Wisconsin in a mega-expansion that will double the carrying capacity of the existing line to 760,000 barrels per day and also allow it to carry heavier oil from the oil sands.

Finally, the Government of Canada announced today that it would instruct the NEB to dismiss Enbridge’s Northern Gateway application. Initially approved by the previous Harper government, the federal court had ruled last June that the Government of Canada had failed in its duty to consult with aboriginal people before giving the green light to this controversial pipeline proposal to link Alberta's oilsands to British Columbia's north coast. Today’s announcement puts the final nail in the coffin for this project.