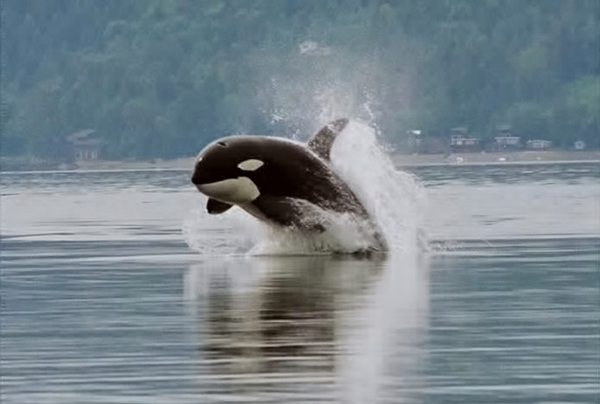 Ottawa, November 7th 2016 – Prime Minister Justin Trudeau, Transport Minister Marc Garneau were in Vancouver and Minister McKenna in Nova Scotia today to announce a series of ocean and marine safety initiatives. Équiterre is happy to see the federal government is concerned with the protection of our coast, however, approving pipeline projects such as Kinder Morgan or Energy East pipeline would threaten these commitments to marine protection on Canada’s West and East Coast.

« We salute the government's willingness to further protect our coasts and we believe these coastal protection plans have to be approved before any new pipeline project goes forward.» stated Steven Guilbeault, Senior Director at Équiterre. « Especially since the NEB assessment of the Kinder Morgan project did not even include an assessment of the impact of the proposed project on endangered species including killer whales, an area of federal jurisdiction » added Mr. Guilbeault. « It is incumbent on the federal Cabinet to respect its own legislation, the Species at Risk Act, and in order to do so it must send the proposed Kinder Morgan pipeline back through an adequate review. »

Today’s announcement comes following the Trans Mountain Expansion Ministerial Panel’s report to the Natural Resources Minister, as the latest example of the need for the federal government to reject the proposed Kinder Morgan pipeline and tankers project. The report highlighted that serious questions remain about how the pipeline fits with the government’s commitments on climate change, First Nations reconciliation, and social license for fossil fuel projects. It is a stark reminder of the deficiencies in the National Energy Board (NEB) review and does not provide the basis for a Cabinet approval of Kinder Morgan.

Pipelines don't reduce the number of tankers on our coasts; they increase it by generating more traffic aimed at exporting oil to international markets while Canadian refineries continue importing cheap oil from different world producers.

Several environmental organizations, including Équiterre, have summarized the flaws in the assessment of the proposed Kinder Morgan project in a note sent to all Members of Parliament.