Increase in electric vehicles produced in Ontario: Promising news that must be supported by ambitious policies 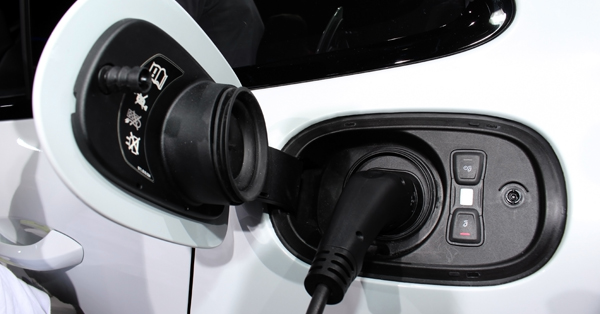 MONTREAL, October 8, 2020 - Équiterre welcomes the Ontario and federal governments' announcement regarding the investment in Ford's Oakville plant, breathing new life into Canada’s automotive sector, which has been on the decline for the past 20 years. The announcement however, must be part of a more comprehensive electrification plan in order to reach its full potential.

"We can’t expect electric cars to be the only solution for our GHG emissions reductions, but it’s great to see that Canada is not simply going to watch the parade go by, but will be an important player in the manufacture of zero emission vehicles (ZEVs). We now must ensure that buyers are ready and that recharging infrastructure throughout the country follows closely,” states Marc-André Viau, Équiterre’s Director of Government Relations.

Currently, 0.5% of vehicles built in Canada are electric, which is more than 80% below the global average of about 3%. The investment announced today will enable the country to catch up on an international market that has already taken a considerable lead in electrification.

We can accelerate the transition with a feebate system

In the wake of this announcement, Équiterre is unveiling a new report that demonstrates how a feebate system would be a smart way to reduce emissions from light vehicles in Canada without adding an additional burden on public finances, already severely impacted by the COVID-19 pandemic.

“Today’s announcement will boost the supply of electric vehicles across the country, which is great news. However, to increase demand for zero emission vehicles, a feebate system has the potential to effectively tackle two fronts," explains Andréanne Brazeau, Mobility Analyst at Équiterre.

"In addition to possibly being fully self-funded, such a system would discourage the purchase of gas-guzzling vehicles - which are increasingly popular and are cancelling out the GHG reductions achieved by electric vehicles - while significantly contributing to the transition to cleaner cars," she adds.

Équiterre believes that in addition to adopting this measure, the federal government must also adopt a structured strategy on transportation in a timely manner, in order to achieve its GHG reduction objectives. Among other things, it must ...