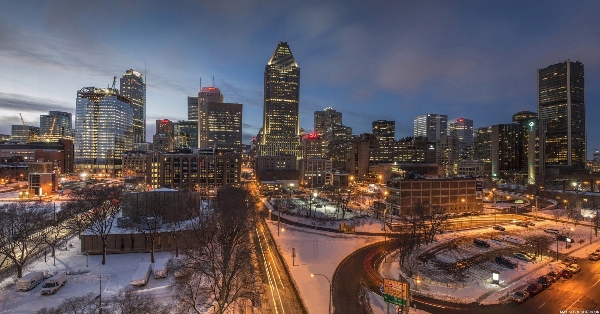 "There are a lot of interesting measures in the plan, but we are particularly pleased to see that a climate test will be imposed on all of the city's decisions. It sets a standard for all public administrations," says Marc-André Viau, Director of Government Relations at Équiterre.

"Systematically looking at all projects through a climate lens - it's a very pragmatic and serious way to deal with the climate crisis: breaking down the silos and considering the climate in a greater number of political and economic decisions," adds Émile Boisseau-Bouvier, Équiterre’s Climate Analyst.

Équiterre recognizes the significant financial efforts that have been deployed to achieve the objectives of the climate plan. It is clearly not only a political priority but also a budgetary one, with 10 to 15% of the 10-year capital expenditure program being devoted to climate change adaptation.

We’re also happy to see an annual reporting process in place, in order to measure the effectiveness of Montreal’s efforts and adjust accordingly.

The first zero-emission zone in the country

"In terms of mobility and planning, we’re happy to see ambitious transportation measures for both individuals and goods to support the transition to low-carbon modes of transportation and to reduce the amount of travel necessary, states Andréanne Brazeau, Équiterre’s Mobility Analyst.

Among the measures, Équiterre highlights the creation of a zero-emission zone in Montreal’s downtown core, a first in Canada. It will help to reduce pollution, congestion, noise and GHG emissions from transportation, as well as improve the quality of life of those who live and work downtown.

Équiterre is concerned about Montreal’s ability to meet its GHG reduction targets. Its plan for reductions up until 2030 is unclear and the roadmap to 2050 remains to be defined.