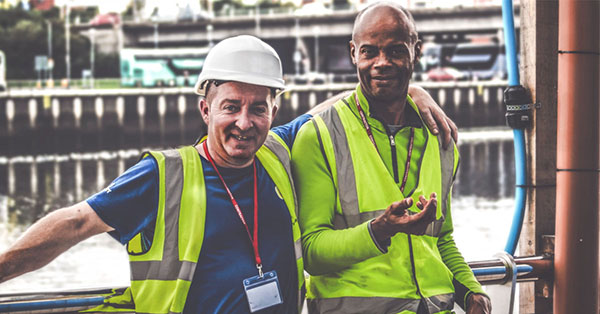 March 24, 2020, Ottawa—A large collection of health, faith, environmental, labour and social justice groups, representing one million three hundred thousand Canadians, have sent a letter to Prime Minister Trudeau and his cabinet asking that in the federal bailout to the oil and gas industry, expected later this week, no more money be given to companies, only to workers.

“The fossil fuel industry is counting on Canadians being too occupied coping with an ongoing health crisis to register that our country is considering a massive transfer of public funds to support the very industry most likely to cause the next health crisis,” says Dr. Courtney Howard, Board President of Canadian Association of Physicians for the Environment (CAPE). “This is a crucial tipping point, and climate change must factor into all of our decision making,” she added. “The policies we pass now must benefit all Canadians and set us up for a post-COVID future we can step into with confidence.”

The federal government has the opportunity with this stimulus package to immediately and directly support workers in Alberta and across the country while also investing in what is needed to grow and support a low carbon economy, and the kind of economy that can weather storms.

The Federal government should not provide a bail out to oil and gas companies in the form of share purchases or loan guarantees, said groups.

“Governments must prioritize investing in Canadians, not corporations,” said Julia Levin, Climate and Energy Program Manager at Environmental Defence Canada. “This means not offering a multibillion dollar gift to already highly-subsidized oil and gas companies. The federal government should be focused on the health and resilience of workers and their families in the immediate and beyond – in this sector and all the impacted sectors across the country – who require urgent financial support in this unprecedented time.”

Groups laid out three critical measures for the stimulus package, including money for orphan well cleanup should be administered by an independent fund with representation from Indigenous communities, local governments and landowners who can ensure it is used to reclaim wells where the company is bankrupt and its remaining assets have already been spent for this purpose.

Groups pointed out that the federal government has committed to the Just Transition Act and now is the time to put in place a recovery program with measures to hasten a just transition and protect workers as oil and gas production declines.

“There is no better time than right now for the federal government to provide immediate financial support, as well as funding, retraining and education so that oil and gas workers can have long-term, stable jobs now and into the future,” said Steve Moran, National Coordinator of the Green Economy Network, which represents a number of organizations including labour.