A new report by Équiterre and its partners highlights worrying gaps in TransCanada’s Energy East pipeline application. Two and a half years after it was filed with the National Energy Board (NEB), TransCanada has yet to provide critical details on how the pipeline would cross three of Canada’s largest and most iconic rivers, the Ottawa, St. Lawrence and Assiniboine—important ecosystems that supply millions of Canadians with drinking water.

An unlawful application should not be reviewed

According to the National Energy Board Act, in order to officially begin regulatory hearings, the NEB panel reviewing the pipeline proposal must first be satisfied that the company’s application is complete. Without this vital river-crossing information, the Energy East application is inarguably incomplete, so the NEB should not begin evaluating the costs and benefits of the proposal.

The report, Application Incomplete: TransCanada Fails to Say How the Energy East Pipeline Would Cross Major Canadian Rivers, was recently published, just as the new NEB panel will soon be restarting a consultation process preliminary to the pipeline assessment process. The original process came to a halt following allegations of bias in 2016. As the report explains, a spill in any of the three rivers would have a devastating impact, particularly on their important ecosystems and on the drinking-water supplies of millions of people. And a pipeline rupture in the fast-moving section of the Ottawa River, for example, would threaten the drinking water of downstream communities, including Greater Montreal and a First Nation. What’s more, TransCanada has not conducted the necessary feasibility studies for the pipeline’s crossing of the St. Lawrence.

The report calls for the postponement of NEB’s review of the Energy East pipeline until TransCanada provides information on where and how it plans to route the pipeline across the rivers, and the federal government has completed the modernization of the NEB. You can read about all the gaps in TransCanada’s application with regard to the crossing of major Canadian rivers in the complete report. 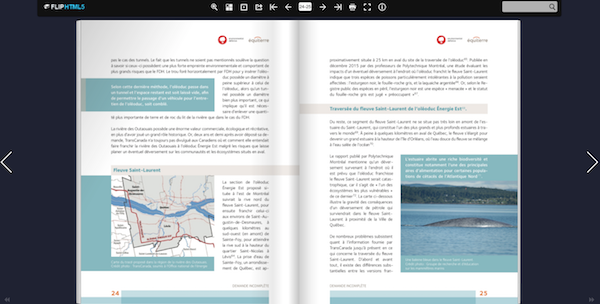