The recent devastating floods in parts of Quebec, Ontario and New Brunswick are another example of how climate change is affecting and will continue to affect the lives of Canadians in a significant way. Loss of life, loss of homes, damage to property and infrastructure are just some of the most visible consequences of heavy flooding. The potential for floodwaters to carry dangerous substances, pollute drinking water and cause health problems is just as dramatic.

How climate change increases the risk of floods

As global warming continues to exacerbate extreme weather, we’re getting more storms of greater magnitude, of greater intensity and extreme precipitation - higher volumes of water coming down over shorter periods of time. According to Canada’s Changing Climate Report, more intense precipitation, especially in the winter, will increase flooding risks in urban settings.

According to the IPCC (Intergovernmental Panel on Climate Change) in its special report on extremes, it is increasingly clear that climate change “has detectably influenced” several of the water-related variables that contribute to floods, such as rainfall and snowmelt. In Quebec, where seasonal snowmelt plays a significant role in annual runoff, warmer temperatures can lead to more rain-on-snow events, which in some cases can induce faster or earlier snow melt. Winter and spring soils, often still frozen and typically high in moisture, are less able to absorb excess water.[1] 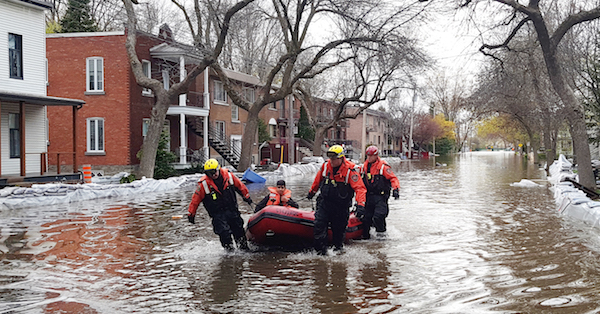 How land alteration increases the risk of floods

Human-driven elements, including how we manage our waterways and the alterations we make to our land also have significant impacts on a region’s capacity to manage excess water. Much of the natural flood prevention infrastructure, such as forests, wetlands and marshes, once present where there are now cities, have been paved over or developed by humans in such a way that water cannot be absorbed as quickly as it is in nature. Increased urbanization adds pavement and other impermeable surfaces, alters natural drainage systems, and sometimes leads to more homes being built on floodplains.

Urban planners have an important role to play to help protect regions that are prone to floods and to prevent promoters from building in floodplains. More permeable paving materials, planting trees and creating water retention basins near developed areas can help the land manage heavy rainfall [2] . Nets or grates can be put over drainage basins, so that items that get swept up by the water can be recuperated before they go further downstream. 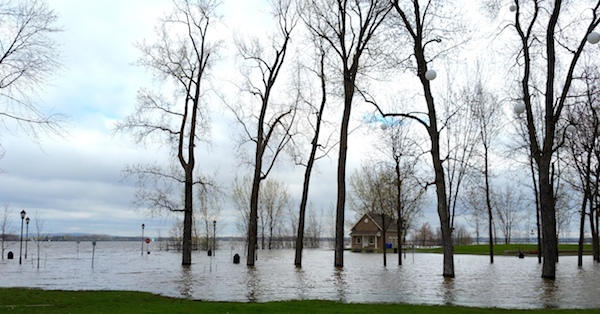 Climate change calls for a complete rethinking of land use planning. As the climate warms, municipalities will have to take consequences such as increasingly frequent flooding into account. Policies such as building exclusion zones might have to be considered, and urban fiscality rethought to avoid sprawl into floodplains. For some communities, there has been talk about relocation as a more sustainable option, to spare citizens from the physical and emotional devastation that more frequent flooding will continue to bring about.

“All levels of government must step up to better address the very real consequences of climate change and recognize that significant changes must happen quickly if we want to avoid even more severe impacts,” states Colleen Thorpe, Interim Executive Director of Équiterre.

Some hope from Sainte-Marthe-sur-le-lac

Amid the wreckage that residents of Sainte-Marthe-sur-le-lac have been enduring since a dike was overwhelmed by spring flooding and the town inundated water, is a primary school committed to educating their students about climate change and the importance of taking care of our natural environment. Three third-grade students and their teacher wrote letters to Équiterre, expressing their interest in participating in our Schools Take Root project, a fundraising campaign through the sale of baskets of organic vegetables. These students are setting a good example by taking action in the fight against climate change, and Équiterre will work with them throughout their campaign. 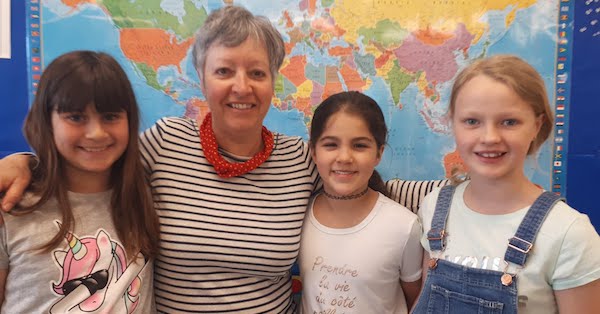 In the face of extreme weather events, Équiterre is working with citizens, businesses and governments to raise awareness about the impacts of climate change in Canada, to encourage discussions and to find solutions.

Together, we can change the world, one step at a time.