GNL Québec – What you need to know

The GNL Québec project is a plan to build a new pipeline across Quebec, all the way to the Saguenay region, where it would also build a plant to prepare natural gas to be shipped overseas.

We’re talking about disrupted ecosystems and local communities along the pipeline route, a blight on the Saguenay tourism industry, massive tankers through beluga habitat and a high risk of methane leaks throughout the process. And for what? So that natural gas can be burned in other countries, making our fight against climate change even more difficult. Read on to learn how the project could be the equivalent of cancelling out in a single year the majority of Quebec’s emissions reductions since 1990.

Here’s what you need to know about the GNL Québec project in 6 questions and answers:

1. What is the GNL Quebec project trying to do?

The GNL Quebec project wants to bring natural gas from Western Canada through Quebec to be shipped to oversea markets. It’s planning two construction projects to do so: 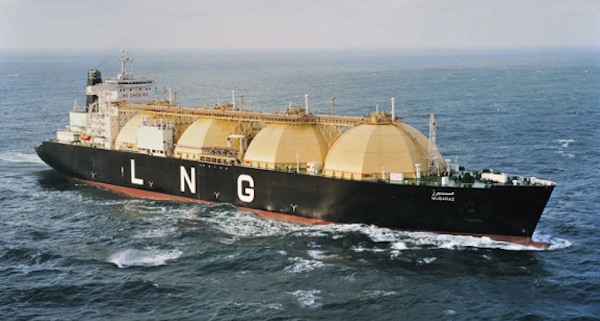 2. How will it affect local communities and ecosystems?

The proposed Gazoduq pipeline would cross a 750-km corridor of forested areas, numerous rivers and protected areas in Quebec, as well as 43 Quebec communities and five First Nations communities.

The proposed Énergie Saguenay liquefaction plant, which would process about 44 million cubic metres of natural gas per day, would be located on land owned by the Saguenay Port Authority. To get there, over 160 supertankers per year would pass through the Saguenay–St. Lawrence Marine Park as well as the Saguenay Fjord National Park. This unique national conservation area, central to the Saguenay’s renowned tourism industry, protects not only belugas, but also other species at risk, like the blue whale, fin whale, harbour porpoise and several marine birds.

3. Isn’t natural gas a cleaner alternative to other fossil fuels?

Natural gas is considered by many to be a transition fuel – a way to get certain economies off of coal, for example - to reduce CO2 emissions while they plan to move towards more sustainable forms of energy. Though CO2 is the main greenhouse gas (GHG), there are many others that are driving global warming, including methane, which is the main component of natural gas. Though present in smaller amounts in our atmosphere than CO2, methane is far more potent. 84 times more potent over 20 years, to be exact. So while there are fewer CO2 emissions when natural gas is burned, there is a very significant warming effect from its methane emissions.

To add to that, natural gas is highly susceptible to leaks, which can happen at any point in its lifecycle (while being extracted, transported, processed, stored, etc.). Adding to the emissions when natural gas is being burned, methane that escapes along the way warms the planet so effectively that natural gas can end up being worse for the fight against climate change than coal.

Which is why it’s so important that the GNL Québec project’s environmental assessment include all GHG emissions - upstream (fracking for extraction and all potential leaks along the way to get to market) and downstream when shipped off and burned by other countries. 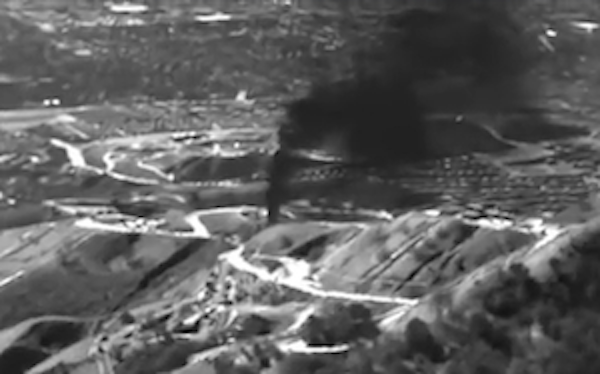 Photo: Infrared picture of a methane leak, invisible to the naked eye

It’s a business deal, to benefit Quebec businesses and create some jobs over the short-term. But it would also threaten existing jobs (for example, in the tourism and farming sectorsFor Quebec citizens, our environment and our planet, the costs far outweigh the benefits. It’s a bad deal.

5. What is Équiterre doing to stop this project?

Équiterre is working with both the federal and provincial governments to ensure that rigorous environmental assessments are done at every step of the process. We’re also researching the different elements and issues involved in the project and working to mobilize citizens against the project, in collaboration with a coalition of local and provincial organizations.

For more information about the different steps of the assessment process, consult our complete dossier – GNL Québec.

6. What can I do to stop this project?

Sign our petition to say no to GNL Québec! Talk to you family, friends and colleagues about it. Share our posts on social media. With such a small window of opportunity to save our planet from catastrophic global warming, a new fossil fuel project in Quebec is the last thing we need.