Let's vote for the environment: A comparison tool

In four days, we’ll have the chance to do something that could really make a difference to our planet. To help you make your choice, Équiterre and Environmental Defence have compared the main parties’ environmental commitments. Take a look at our analysis of the main federal parties’ platforms today! 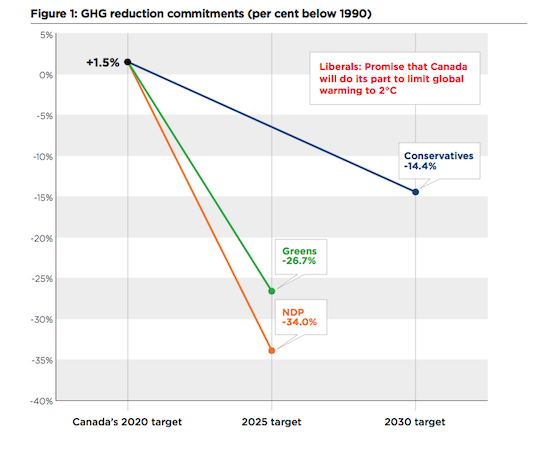 To stop the list from growing and impacts from multiplying, there’s a simple solution: vote for a party that understands that tackling climate change and GHG reduction are compatible with sustainable economic development and that renewable energies create more sustainable and high-paying jobs than fossil fuels. The green economy is in full swing! (French only)

In four days, on the eve of COP21, let’s do something important for the planet, beyond political partisanship and national boundaries. Let’s think about our communities, already affected by climate change, about our children, grandchildren and future generations: let’s vote. It’s the best way to fight cynicism, and most importantly, build a green future without the energies of the past.