The federal budget will be delivered in a week’s time, you’re completing tax returns and Prime Minister Trudeau just received a prize for his global leadership in energy and environement from CERAWeek. This is the perfect time to tell the government to spend your hard-earned money better. Sign the petition to end fossil fuel subsidies!

In response to Trudeau’s award, Équiterre Executive Director Sidney Ribaux told Agence France Presse (AFP) this week that the prime minister is trying to “keep everyone happy” and gave him credit for implementing a carbon tax.

However, Canada’s generous tax credits for the fossil fuel industries, which total $3.3 billion annually, directly undermine carbon-pricing efforts and amount to paying polluters $19 for each tonne of carbon dioxide they emit.

Équiterre’s recommendations for the federal budget

Équiterre and its partners have made recommendations for the 2017 federal budget, which will be delivered on Wednesday in Ottawa. You can read a summary of them or the more detailed background paper. One of the four main recommendations specifically calls for an end to generous fossil fuel subsidies:
1. Address the diesel-gasoline tax differential
2. Make the federal tax on fuel-inefficient vehicles more effective
3. Extend tax incentives according to buildings’ energy performance
4. Phase out preferential tax treatment for oil and gas

Équiterre on the ground: Thousands of people united against fossil fuel subsidies

In the past few weeks, Équiterre employees, volunteers and action group members have been on the ground in Montreal and Quebec City raising awareness about the absurdity of these tax credits and gathering signatures for the petition. Despite the cold, Équiterre representatives were out spreading the word from early morning to late evening, and many people listened and signed the petition. 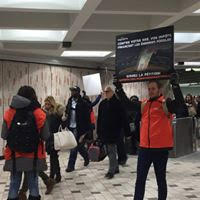 In action at Crémazie metro station 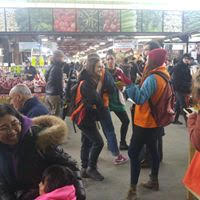 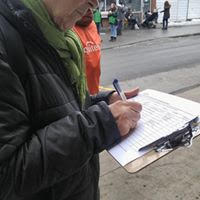 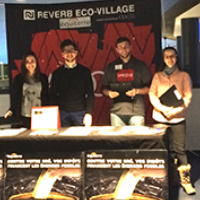 In action at a
Maroon 5 concert in Quebec City

Our tax money can be better spent!

Like its G20 counterparts, in 2009, Canada committed to phasing out fossil fuel subsidies by 2020. Seven years later and we’re still paying billions to oil and gas producers to pollute! The 2017 budget should reflect this commitment.