Victory for a significant reduction in GHG emissions: New regulations for the responsible disposal of household appliances

Did you know that if it’s not well disposed of at the end of its life, a refrigerator can generate as much CO2 emissions as a car that travels approximately 17,000 kilometres, the annual average for Quebec drivers?

The refrigerant gases found inside our appliances - fridges, freezers, air conditioners - which include halocarbons and hydrochlorofluorocarbons, are powerful greenhouse gases (GHGs). They have a global warming potential ranging from 1,400 to 10,900 times higher than that of CO2. When not properly removed from refrigerators, freezers and air conditioners at the end of their useful life, these GHGs escape into the atmosphere and contribute to the climate crisis.

In Quebec, we have the technology in place to capture and destroy the gases contained in appliances, including their insulating foam. However, prior to last week's announcement, the recovery of large appliances that have reached the end of their useful life by retailers was not a regulatory requirement.

On November 4, the government of Quebec amended the Regulation respecting the recovery and reclamation of products by enterprises to make producers of large household appliances subject to the principle of Extended Producer Responsibility (EPR). The regulation will require retailers of major household appliances to recover the products they sell at the end of their useful lives and treat the halocarbons contained in them in an environmentally responsible manner. 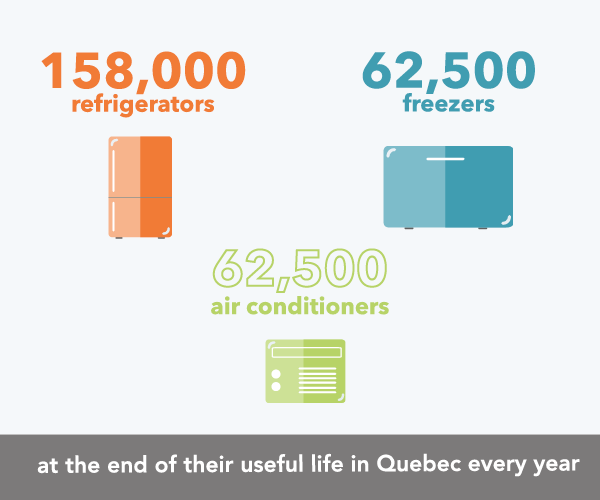 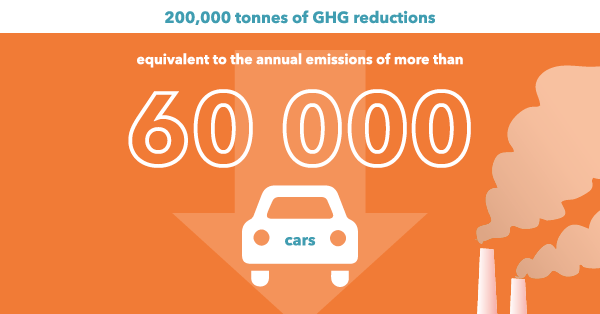 This new regulation responds to a request that Équiterre made to the provincial government as an important measure in response to the climate crisis.

See all 27 measures that Équiterre requested of the Quebec government during the public consultations on its Electrification and Climate Change Plan.