Victory for the planet!

On the Sunday night before the federal government's decision on the Teck Frontier mine, which would have been the largest oil sands mine ever developed in Canada, Teck Resources Ltd. announced that it was withdrawing its application for the project. This is a huge victory for Indigenous Peoples’defenders of the Earth, for the citizens who have mobilized across the country, and most importantly, it is a historic moment for Canadian climate policy.

In his letter to the Minister of the Environment and Climate Change, the President and CEO of Teck wrote that : "Global capital markets are changing rapidly and investors and customers are increasingly looking for jurisdictions to have a framework in place that reconciles resource development and climate change, in order to produce the cleanest possible products. This does not yet exist here today and, unfortunately, the growing debate around this issue has placed Frontier and our company squarely at the nexus of much broader issues that need to be resolved. In that context, it is now evident that there is no constructive path forward for the project. Questions about the societal implications of energy development, climate change and Indigenous rights are critically important ones for Canada, its provinces and Indigenous governments to work through.”

This quote is significant because it accurately illustrates the crossroads at which Canada finds itself today. 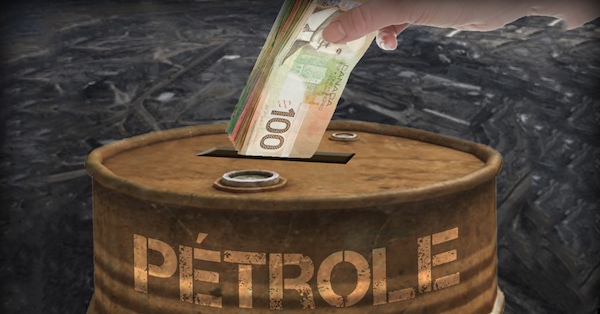 Faced with the financial risks incurred by the climate crisis, the world economy is undergoing a transformation. Earlier this year, BlackRock, the world's largest asset manager, announced that its ethical investment funds would stop investing in the oil sands. Banks such as HSBC, BNP Paribas and Société Générale, the largest pension fund in the Netherlands, the huge Norwegian Sovereign Wealth Fund and even the Central Bank of Sweden are also involved. A few days later, Jim Cramer, a stock analyst at the US television station CNBC, stated: “I am not here, though, to take political stands. My job is to help you try to make money. And the honest truth is I don’t think I can help you make money in the oil and gas stocks anymore.”

This dynamic is at the heart of Teck's decision: the crisis facing humanity is pushing fund managers, driven by investors, to move their funds out of sectors that contribute to the problem and into solutions. Clearly, the Teck Frontier project belonged to the first category rather than the second.

The future of the fossil fuel industry

The overproduction of fossil fuels is preventing us from reaching our climate targets. A report published by the United Nations Environment Programme in December points out that the current global production of fossils is 120% higher than would be consistent with limiting warming to 1.5°C. What’s more, 85% of the global expansion of oil and gas by 2024 is expected to occur in the United States and Canada!

The abysmal price of a barrel of oil in Alberta, which is now around $50 US per barrel, called the profitability of the Teck Frontier mine into question, as Teck had based its business plan on a price of $95 US per barrel of oil in 2025. And it is not only Canadian oil that is facing this reality on the international stage: the price of natural gas has also reached a record low.

Investors and private companies therefore understand that the days of fossils are numbered: there is no argument for the construction of new infrastructures for transportation, exploitation or exploration of fossils. Yet governments seem to have difficulty being honest about this new reality. At the end of 2019, the Canadian Energy Regulator published a report on Canada's Energy Future, which projected a 50% increase in crude oil production and a 30% increase in gas production by 2040. These projections are not only irresponsible from a climate perspective but are also economically irresponsible, as the example of Teck vividly demonstrates.

It is therefore remarkable that it is a private developer who is pointing out the inconsistency between Canada's climate objectives and the energy infrastructure decisions of the government to continue the expansion of fossil fuel production.

The imperative of economic diversification

In this context, we must stand in solidarity with the workers in the fossil fuel industry, their families and their communities. But until Canada has a serious discussion about economic diversification in the context of the climate crisis, every fossil infrastructure project proposal will continue to divide us. We must also question the dynamics of nation-to-nation relations with Indigenous Peoples that such projects raise. A stark example of this is the social tensions resulting from the blockades that are currently occurring across the country in solidarity with the Wet'suwet'en people.

The climate crisis is already upon us, and Canadians overwhelmingly support an energy transition. The questions that remain are: will we make the transition in time? Will we have a solid plan to deal with the repercussions? Will it be fair and inclusive?

Among the proposals that Équiterre’s public policy team has put forward to the federal government to plan for this transition:

As my father would say: we didn’t get out of the Stone Age not because we ran out of stones.