Young people ask: Is our future worth less than that of other generations?

The effects of climate change can seem abstract and far off, but that is not the case in this country. Canada is already seeing its climate change. And according to the report, these changes are only unfortunately just beginning, and their effects will only become more pronounced over time. 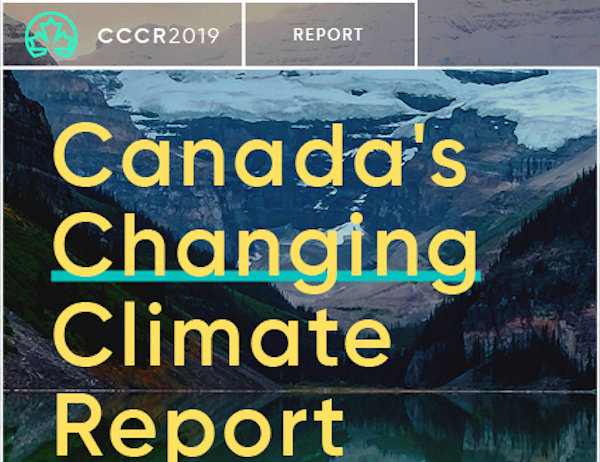 Canada: warming twice as fast as the global average

The effects of climate change on Canada’s climate are irreversible, but we can still limit the amount of warming in order to avoid the most catastrophic effects. The report’s authors considered two scenarios: one where global emissions are kept below the 2°C temperature limit set by the Paris Agreement and the other one, the status quo.

Not considered in the report, was a scenario where the temperature increase would be limited to 1.5°C, the threshold for avoiding the most catastrophic effects of climate change.

The ECCC report indicates that regardless of the scenario, Canada will warm twice as fast as the global average, an increase that will be felt particularly during winter. Since 1948, Canada’s average annual temperature has already climbed by 1.7°C.

Effects on our daily lives

Extremely high temperatures – such as the heat waves across the country in the summer of 2018 – will become more frequent and intense. This increase in heat wave severity will contribute to a higher risk of drought and forest fires.

Our relationship with water will also be affected: heavier precipitation, especially in winter, will increase the risk of urban flooding. Earlier ice melts will lead to lighter runoffs in summer. All of this increases the risks of the above-mentioned droughts and forest fires…

Rising global sea levels coupled with melting ice and permafrost will increase sea levels on the East and West coast of Canada and in the Beaufort Sea, while lowering them in the Hudson Bay.

It’s not just our ski seasons that are at risk, but also our access to water, the sustainability of our coastal communities, our agricultural harvests and food security. These factors, along with the growing frequency of extreme climate events, will have a dramatic effect on our lives. It’s today’s young people that will have to pick up the tab, estimated at $91 billion a year by 2050.

A question of political will

While these developments may seem discouraging, we still have a choice. We can put in place ambitious public policies and intensify our efforts to meet the commitments made in Paris. Under the Pan-Canadian Framework on Clean Growth and Climate Change, we will not reach our GHG reduction target within the 2030 timeline; we’re currently deviated from our Paris commitments by 103 Mt of CO2 equivalent.

In the eyes of Canada’s young people, this lack of political will is not only irresponsible, it is a threat to our future. The very day after the Canada’s Changing Climate Report was officially tabled on April 2, the Office of the Auditor General of Canada’ Commissioner of the Environment and Sustainable Development indicated in her new report that “the government is not ready to adapt to a changing climate.”

How can we justify this disconnect between our scientific knowledge on the future of the planet and the absence of political leadership needed to effect a true energy transition?

This is why youth are mobilizing, week after week. They are following Greta Thunberg’s lead by walking out of school on Fridays and marching in the streets to demand action on climate change. On March 15, 150,000 young people and their allies flooded the streets of Montreal, asking: “Why should study when our future is uncertain?”; and “Why bother with an education when governments don’t listen to educated people?”.

ENvironnement JEUnesse (ENJEU), an environmental education organization for Quebec’s young people, filed a class action lawsuit last November in the Quebec Superior Court on behalf of Quebecers aged 35 and younger, seeking authorization to sue the federal government for having violated young people’s basic rights through its inaction on climate change. Governments around the world are facing a growing number of such lawsuits – over 1,000 at last count! 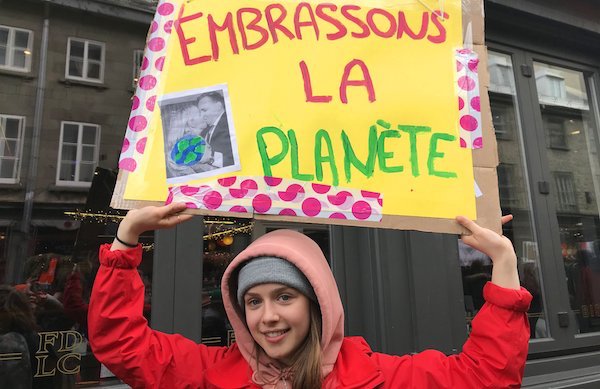 Also a question of social and intergenerational justice

Climate change is not simply an environmental issue; it also involves social and intergenerational justice. While the threat of climate change is starting to be felt in many of our lives, some communities have been dealing with it for centuries. It is essential that this debate forces society to reflect on the disproportionate burden the exposure to environmental risks has imposed on marginalized communities, including Indigenous and racialized peoples. That is why intersectional approaches, like those in the Green New Deal (proposed by the Sunrise Movement, a grassroots political youth group, and championed in Congress by the youngest Congressperson in history, Alexandria Ocasio-Cortez), are supported by a majority of millennial electors.

Not too late… but time is running out

If there is one thing to take away from the ECCC report, it’s this statement by Marjorie Sheperd, Director of ECCC’s Climate Research Division: “Together, we can still determine how much more warming we will allow.” We can still, as a society, choose to comply with the Paris Agreement. If we don’t, the subtext is clear: our future, the future of Canada’s young people, is worth less than that of the other generations. I prefer to choose hope.