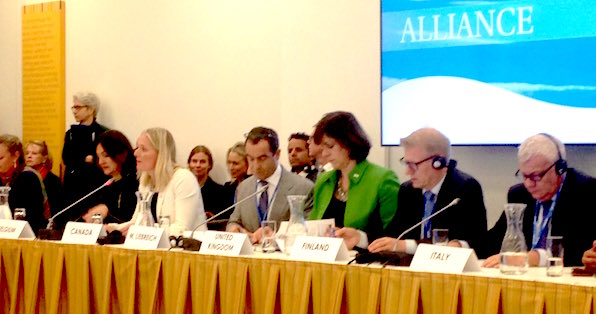 Bonn, Thursday, November 16, 2017 – Équiterre welcomes the joint initiative by Canada and Great Britain to lead a coalition to phase out coal. The coalition now comprises more than 25 countries and federated states, including France, the Marshall Islands, New Zealand and Mexico, along with Washington State, California, Oregon, Quebec, Ontario, Alberta and British Columbia.

“Coal is the leading contributor to greenhouse gas emissions, and the atmospheric pollution generated by the burning of coal is to blame for over 800,000 premature deaths per year,” remarked Steven Guilbeault, Senior Director of Équiterre. “We salute Canada’s leadership on this issue, and commend Great Britain as well,” he added.

Although coal is an afterthought in Quebec’s energy portfolio (barely 1%), the same cannot be said for several other Canadian provinces, such as Nova Scotia and Alberta, where coal accounts for 60% and 55% of electricity generation, respectively.

“Canada must ensure that this international leadership produces tangible results here at home by making sure that coal-fired electricity has been completely phased out in Canada by the year 2030,” said Mr. Guilbeault.

For further information or interview requests: