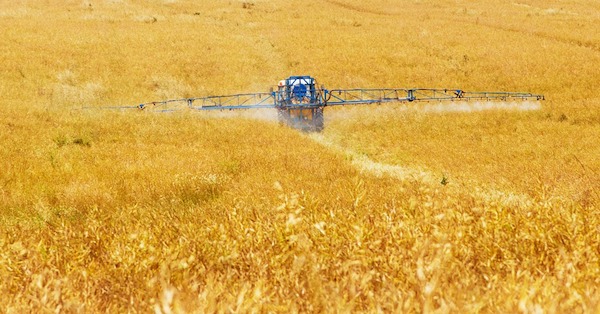 Health Canada’s Pest Management Regulatory Agency (PMRA) proposed to put an end to the use of clothianidin and thiamethoxam, two widely used neonics, in all outdoor applications because of the unacceptable risks they pose to aquatic invertebrates. While this decision reflects scientific consensus on the harmful impacts of these pesticides, it is unacceptable that these proposed bans won’t take effect for another 3-5 years following a final decision, which is not expected until January 2020.

“It is inconsistent that the PMRA is making a decision to continue to allow the use of these pesticides for several more years when its own scientific assessment concludes that their risks are already unacceptable and endangering ecosystems,” says Muhannad Malas with Environmental Defence. “By comparison, Europe is taking swift action in response to the pollinator crisis and will end the use of three major neonics starting in 2019.”

The PMRA has permitted the use of these neonics for years despite inadequate evidence regarding their safety. Scientific consensus is clear; the PMRA has taken over seven years to make conclusions on their risks and is now proposing to delay the ban until 2023 at the earliest.

“Canada’s ‘approve now, study later‘ approach has used our environment as a guinea pig. It is now clear by scientific consensus that neonics pose significant harms to ecosystems,” says Karen Ross with Équiterre. “By not acting quickly, the PMRA continues to fail in its mandate to protect Canadians and the environment.”

In order to protect pollinators and beneficial insects, Canada must mirror the action taken in Europe by phasing out all outdoor uses by the end of the year. Effective and affordable alternatives to the use of neonics in agriculture already exist as demonstrated by the Task Force on Systemic Pesticides, a leading science authority on neonics.

“While these pesticides were once seen as a necessary way to protect crops, we now know that there are more cost-effective and less toxic ways to grow our food,” says Lisa Gue with the David Suzuki Foundation. “An urgent ban on neonics is the impetus necessary to help Canadian producers transition toward more sustainable ways of farming.”

More information on neonics can be found here :
https://equiterre.org/sites/fichiers/docinfo-neonicotinoides_2018.pdf