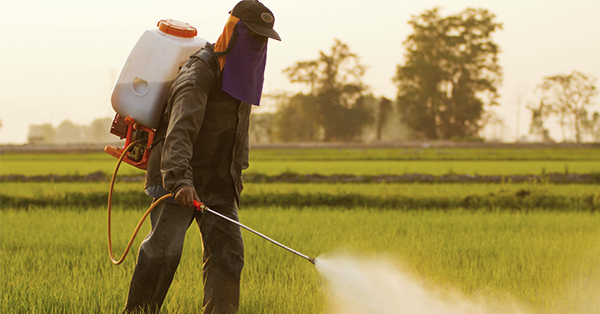 Widespread use of world’s most extensively sold pesticide will continue in Canada, despite international concerns about health and ecological risks

Ottawa - April 28, 2017 — Health Canada has dismissed credible evidence in its re-evaluation of the world’s most extensively-used pesticide, glyphosate, in today’s decision to continue its registration in Canada.

Glyphosate is infamous as the active ingredient in Monsanto’s herbicide Roundup, and is now used in hundreds of other herbicides manufactured by many of the largest agrochemical companies.

“The widespread use of glyphosate is contaminating the environment and the food we eat,” said Louise Hénault-Éthier, science projects manager at the David Suzuki Foundation. “Research shows that glyphosate is persistent and that buffer zones are not necessarily effective in preventing run-off to streams. Furthermore, nearly a third of our food contains glyphosate, according to the Canadian Food Inspection Agency.’’

Glyphosate also has a role in the precipitous decline of monarch butterfly populations. Widespread use of glyphosate has virtually eradicated milkweed in corn- and soy-growing regions of North America. Milkweed is the sole food source for monarch larvae.

“Glyphosate is used in over 180 pest control products in Canada combined with other chemicals such as surfactants and sometimes other pesticides, yet Health Canada fails to consider the cumulative effects,” said Dr. Elaine MacDonald, Program Director of Healthy Communities at Ecojustice.

“We are concerned with the changes to the labelling restrictions on glyphosate announced in today’s decision.” said Annie Bérubé, director of government relations at Équiterre. “Health Canada recognizes there are risks to using glyphosate that warrant those labelling changes. However, we are of the opinion that the burden cannot be on the users to manage the risks of using glyphosate by following instructions on labels. It is incumbent upon Health Canada to protect Canadians’ health and our environment and pesticide labels only are insufficient.”

The European Commission has recommended restrictions on certain uses of glyphosate and is expected to revisit its approval of the pesticide later this year.

Équiterre, Ecojustice and the David Suzuki Foundation are calling on Health Canada to reconsider its evaluation, and restrict certain uses of glyphosate based on evidence of harm. The groups are also urging the federal government to recognize the monarch butterfly as an endangered species under the federal Species at Risk Act, in accordance with the recent assessment of the Committee on the Status of Endangered Wildlife in Canada (COSEWIC). They are also calling for restrictions on glyphosate use in monarch habitat.