*** Due to recent developments at approximately 12 p.m. ET today, this media release has been updated. *** 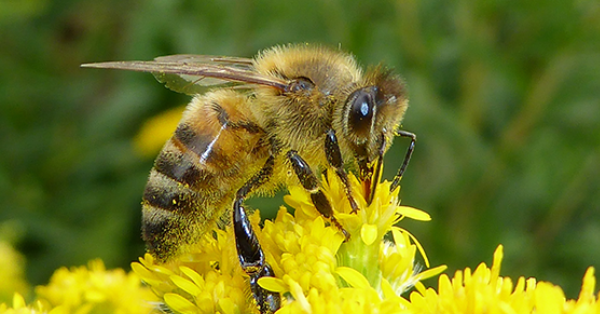 OTTAWA, March 6, 2017 – Leading environmental groups, health advocates and campaign movements are raising concerns about MPs’ one-sided review of the proposed phase-out of pesticides formulated with imidacloprid, one of three controversial neonicotinoid insecticides (“neonics”) in widespread use. Canada’s Pest Management Regulatory Agency (PMRA) has proposed to phase out the main uses of imidacloprid in three to five years, after an environmental assessment found dangerous levels of the chemical contaminating the environment.

The House of Commons Standing Committee on Agriculture and Agri-Food requested an extension to the comment period in order to study the proposal, with hearings beginning Tuesday. The notice posted on the committee website for Tuesday’s meeting lists CropLife Canada (the pesticide industry trade association), along with Syngenta Canada and Bayer CropScience Inc. (manufacturers of neonic pesticides) as witnesses. Representatives of the PMRA and Agriculture Canada are also scheduled to appear. Environment and Climate Change Canada is not listed as a witness. None of the groups issuing this release were originally invited to testify before the committee. Approximately one hour after distribution of the original draft of this release, the David Suzuki Foundation received an invitation to testify.

“It appears the committee has given centre stage to industry lobby groups opposed to restrictions on pesticides. It is troubling that environmental concerns are clearly an afterthought,” said Sidney Ribaux, executive director of Équiterre.

“Independent scientists warn that the widespread use of neonics threatens many species,” said Lisa Gue, senior researcher and policy analyst with the David Suzuki Foundation. “We urge the PMRA to confirm its decision to phase out imidacloprid, tighten the timeline and take parallel action to ban other neonics.”

“There has been an overwhelming flood of public support for Canada’s proposal to ban one of the most harmful neonics," said Liz McDowell, campaign director with SumOfUs. "People understand that the routine use of these chemicals is not necessary or sustainable, and they don’t want to see industry lobbyists weakening such an important measure.”

More than five million people — including hundreds of thousands of Canadians — have signed Avaaz and SumOfUs petitions calling for neonics to be banned, and more than 110,000 Canadians and counting have submitted individual public comments to the PMRA in support of a ban on imidacloprid.

Mass die-offs of honeybees linked to the agricultural use of neonics prompted researchers and regulators around the world to re-examine the pesticides in recent years. In 2015, the Task Force on Systemic Pesticides — an international group of independent scientists — reviewed more than 1,000 scientific studies on neonics and found clear evidence of harm to honeybees and other pollinators, terrestrial invertebrates such as earthworms, aquatic invertebrates and birds. The Task Force sounded the alarm about these pesticides destroying ecological services, such as pollination, which are essential for long-term food security. Emerging research indicates that neonics and their residues may harm human health.

The European Union has a partial ban on three neonics, including imidacloprid, and France recently passed a law banning neonics altogether as of September 2018.

Canada’s PMRA re-evaluated imidacloprid last year and concluded that its current use is not sustainable on the basis of risks to aquatic ecosystems. The environmental assessment found imidacloprid present in Canadian lakes and rivers at levels that are harmful to aquatic insects essential to the health of aquatic ecosystems. This assessment did not consider risks to pollinators, which the PMRA has been evaluating through a separate process with the U.S. Environmental Protection Agency (EPA) since 2012.

“We would prefer swifter action to stop imidacloprid from entering the environment,” said John Bennett of Friends of the Earth Canada. “There is no scientific justification for another three to five years on the market.”

Avaaz campaign director Danny Auron said, “This chemical is a threat to our delicate web of life, from aquatic insects to bees and birds. That’s why millions of people are urging the government to put bees, people and the environment ahead of toxic corporate interests.”

The PMRA will consult on the proposed phase-out of imidacloprid until March 23, 2017, and will issue a final decision later this year.

Distributed on behalf of the following groups: