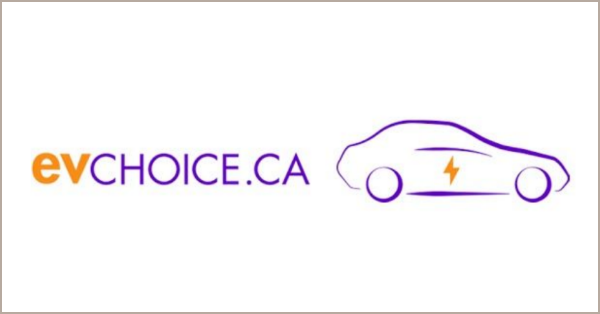 EVchoice.ca Urges Auto Industry to be Part of the Solution, Not Obstacle

OTTAWA September 12, 2017 — Even though Canadians are eager to purchase electric vehicles (EVs), they don’t have anywhere near the variety, selection, or access to the non-polluting cars that Americans enjoy.

That needs to change, argue five leading Canadian organizations that are together driving the point home via a new social media campaign. EVchoice.ca, launched during “Drive Electric Week,” invites Canadians to contact federal and provincial leaders and urge them to adopt policies that other jurisdictions have successfully used to boost electric-vehicle availability.

The campaign’s centerpiece is Where Are Canada’s Missing Electric Cars?, a short animated video clip that compares Canada’s EV offerings with those available to Californians.

The Golden State requires car companies to ensure that a minimum percentage of all vehicles they sell are electric. Quebec policy makers gave the green light to a similar mandate earlier this year. The simple rule has helped put a lot of electric cars on the road, the video explains, while making the auto industry a big part of the solution.

Though many experts believe California’s approach would work well in Canada—the two jurisdictions have a similar population size, and Quebec has already adopted its own mandate—auto-industry lobbyists are putting the brakes on the idea here. “Canadians deserve greater EV choice, and our governments should make sure the car industry gives it to us,” the video argues.

The federal government is presently developing a national Zero-Emissions Vehicle Strategy; it will be released sometime in the coming year. Canada’s auto industry is actively opposing the inclusion of an EV sales mandate in the strategy.

Drive Electric Week is a North America-wide celebration, held September 9-17, 2017, intended to heighten awareness of plug-in vehicles and their benefits.

“Canadian consumers have a right to the wide range of models of electric vehicles already available to drivers in Europe and many states south of the border. Only jurisdictions that have put in place policies to increase the supply of electric vehicles have been successful in increasing the sales of those vehicles. Canada should do the same to keep up with the electric vehicle revolution that is now underway. ”
—Sidney Ribaux, Executive Director, Équiterre

“Canadians shouldn’t have to go on a waitlist to get an electric car. It comes down to access—even though there are more than 30 EV models in North America, good luck test driving even the most popular ones in Canada. The sooner we change that, the more non-polluting cars we’ll see on our roads, the more affordable EVs will become, and the more opportunity Canada’s auto sector will have to get in on the action.”
—Merran Smith, Executive Director, Clean Energy Canada

“Our analysis shows that electrification of transportation is mission-critical to reducing Canada’s urban and suburban carbon emissions. With one simple and proven policy, the federal government can ensure Canadians have access to a broad range of electric vehicles, regardless what province they live in.”
—Julia Langer, CEO, The Atmospheric Fund

“Between dealers who largely seem uninterested in selling electric cars and most manufacturers not sending enough electric vehicles to Canada, it’s no wonder that Canadians who want to buy an EV often end up frustrated. Canada needs policies that ensure a supply of electric vehicles so that the growing number of Canadians who want an EV can get one easily. ”
—Keith Brooks, Programs Director, Environmental Defence

“From our surveys, we know that a large number of Canadians are interested in purchasing an electric vehicle but the limited number and types of vehicles available to Canadian consumers are constraining uptake. Real-world experience and research show that policies that increase consumer choice and vehicle supply, such as those that require automakers to sell a minimum number of electric vehicles in a region, can be effective mechanisms to increase adoption.”
—Suzanne Goldberg, Director of Research and Outreach, SFU Sustainable Transportation Action Research Team (START)

To learn more about why and how increased electric vehicle (EV) availability leads to higher adoption rates, check out these resources:

Media Release: “Government of Canada to develop a national Zero-Emissions Vehicle Strategy by 2018.” Transport Canada, May 2017.

Report: Accelerating the Transition to Electric Mobility in Canada. Équiterre and the Sustainable Transportation Research Team. Simon Fraser University, May 2017.