Organic Baskets: Discover the enthusiasm of a new generation of family farmers! 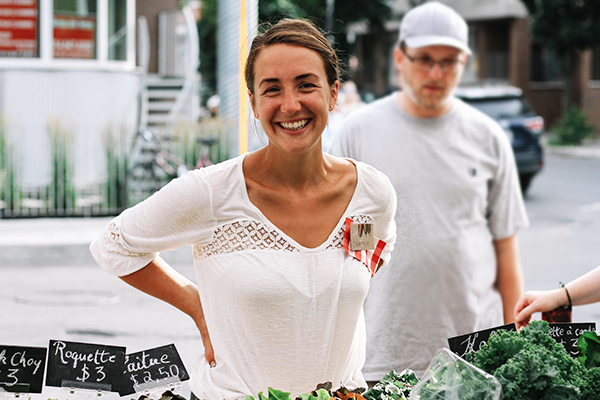 Équiterre’s organic baskets: A sign that summer is right around the corner!

This pioneering initiative continues to grow, driven by the enthusiasm of a new generation of family farmers

Montreal, April 10, 2017—For over 20 years, Équiterre family farmers’ organic baskets have marked the arrival of warm, sunny days. For its 21st season, this community-supported agriculture (CSA) program will rely on a vibrant network that extends across the province (and New Brunswick) to meet the growing consumer demand. With an abundance of farms delivering produce to the 550 drop-off points for over 19,300 subscriptions, the network is booming—driven by the energy and enthusiasm of a new generation of farmers committed to making local, organic, equitable farming a unique and meaningful experience. “Today, over 57,000 people enjoy Équiterre’s organic baskets,” says Équiterre Executive Director Sidney Ribaux. “The program has been a huge, runaway success, as shown by the popularity of the baskets for 20 years and the enthusiasm of these young, intrepid farmers vying to offer the best local produce.”

Unique expertise and know-how: The family farmer network is expanding

Équiterre oversees the development and smooth running of the process that leads to the distribution of organic baskets—17,200 in 2016. The unique collaboration with farmers in the network and the solidarity between farms have been the program’s hallmark and guarantee of quality since 1996. “The baskets are more than just certified organic foods grown under Équiterre’s watchful eye—they’re the fruit of teamwork,” says Aurélien Pochard, co-owner of the Jardins du Chat Noir farm. “I’m proud to be a family farmer today. The first step for me was becoming an organic basket subscriber. There’s something special about connecting with other people who are passionate about food.” The reputation of the family farmer network and organic basket program continue to generate interest, with 19 new farms joining the network this year, including two in Gaspésie and one in New Brunswick. “This is a remarkable increase—twice the number of new farms that usually join the network,” says Isabelle Joncas, project manager of Équiterre’s family farmer network. “Équiterre is immensely proud that, after 20 years, the program is so popular with young farmers.” 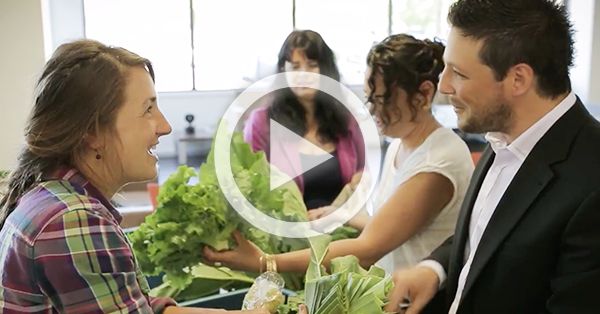 Enjoy receiving your own organic basket

To enjoy eating healthy food this summer, simply go to paniersbio.org/en, find the drop-off point nearest your home or workplace and subscribe directly with a farm serving that area. Once you’ve paid for the season up front, your farmer will confirm the first delivery date. This flexible program allows you to cancel or postpone deliveries when you’re on vacation, trade items in the basket to suit your needs and place additional orders for meat, bread, oils and other organic products. Registration is now open and will continue until Équiterre family farmers have no places left. Sign up for a basket of local organic delights soon!

The story behind Équiterre’s organic baskets

In 1995, Équiterre co-founders Laure Waridel and Sidney Ribaux set up an organic basket pilot project in their Mile End apartment in Montreal involving the Cadet-Roussel farm and a handful of local residents. One year later, the Quebec CSA network was officially established. The model may have been copied, adapted and imitated, but it has never been equalled. 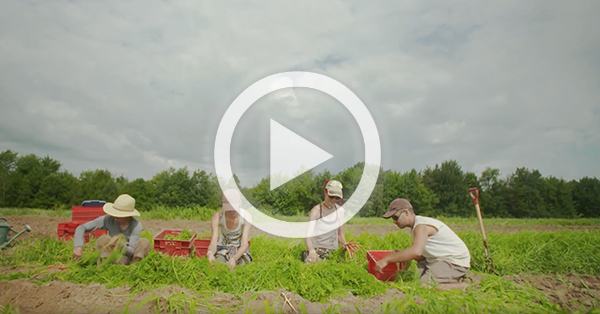