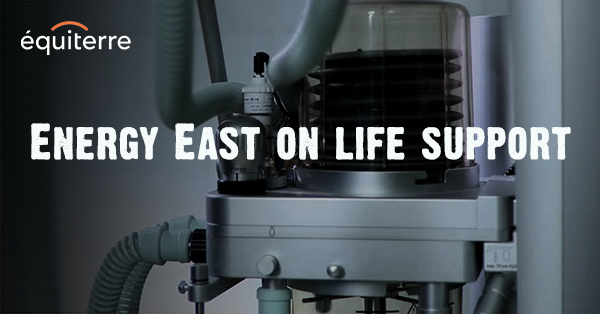 Montréal, september 7th, 2017 - Équiterre is hopeful of Trans-Canada's announcement to temporarily suspend its application to evaluate the Énergie Est project at the National Energy Board.

Faced with the opposition by more than 300 municipalities in Quebec, the opposition of the Farmers Union as well as the new requirements by the National Energy Board, Energy East is now on Life support.

"On August 23, I declared that another nail had just been pushed into the coffin of Energy East… Well today it’s clearly on life support. However, we must remain vigilant and mobilized so that this project is definitively abandoned," said Steven Guilbeault, Senior Director and spokesperson for Équiterre.