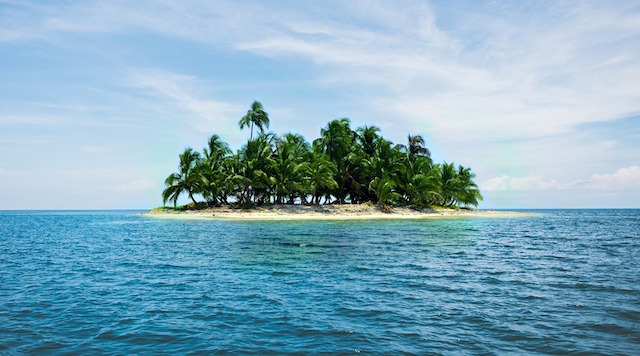 In the report Shock Waves: Managing the Impacts of Climate Change on Poverty,  the World Bank indicates that 100 million people could find themselves in extreme poverty by 2030 due to climate change.

According to the London School of Economics, of the 10 million people living in the Pacific Islands (including Fiji), up to 1.7 million may have to be moved by 2050 on account of climate change.

According to a recent report by Oxfam International entitled “Uprooted by Climate Change”, people living in the world’s poorest countries are five times more likely to be displaced because of extreme weather events. Over the period from 2008 to 2016, an average of 21.8 million people a year were forced to move, a figure that is expected to rise.

According to the Lancet Countdown on Health and Climate Change, one billion people may have to migrate by the end of the century on account of global warming. 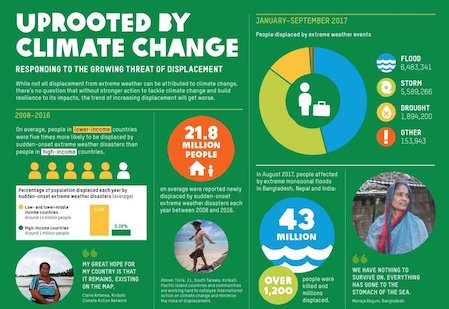 According to “Lancet Countdown on health and climate Change”,  one billion people may have to migrate by the end of the century on account of global warming.

Impacts on agriculture and health

A review by the United Nations Food and Agriculture Organization (FAO) shows that in developing countries, agriculture (crops, breeding, fishing, aquaculture and forestry) accounts for 26% of all loss and damage associated with average-to-high-intensity storms and floods.

According to the World Health Organization (WHO), the global risk of heat-related disease or death has risen regularly since 1980, with some 30% of the world’s population now living in climate conditions that produce extremely lengthy heat waves. Between 2000 and 2016, the number of vulnerable people exposed to heat waves rose by some 125 million.

Climate change is very real, and Canada too is beginning to feel the effects (floods, wildfires, heat waves and so forth).

The worst natural disaster Canadians saw in 2016, the Fort Mc Murray fires (which have only just now been put out!), caused some $3.7 billion in insurance damages – more than double that of the previous most expensive natural disaster on record. 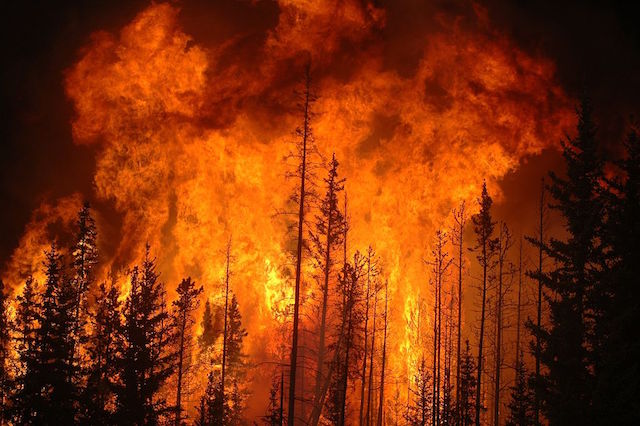 This is not to mention the severe flooding in several regions of Quebec in the spring of 2017. 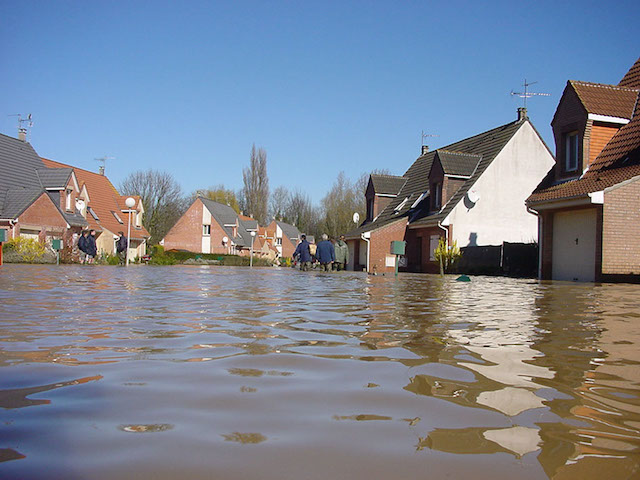 The Paris Agreement calls for $100 billion a year to be spent in the fight against climate change until the year 2025. Of this amount, Canada announced in 2015 that it would contribute $2.65 billion to help developing countries manage the effects of climate change.

Putting funding mechanisms in place to assist the developing countries will prove one of the major issues of COP23.