10 environmental news items that you should know about

If you’ve been busy this summer spending time in the woods, fishing, biking or voluntarily reducing your screen time, you may have missed some important environmental news. Not a problem! In this article, Équiterre will will bring you up to speed with a list of the summer’s highlights and a preview of what to expect this fall. Welcome back, fellow environmentalists!

July 29 was Earth Overshoot Day 2019, the date when humanity’s demand for natural resources exceeds what the Earth can regenerate in that year and the waste that it can absorb. Current global consumption requires 1.7 planet Earths per year. If all of humanity consumed like Canadians, it would take 4.7 planet Earths.

Furthermore, the month of July was the hottest ever recorded.

“Our lifestyle and our manner of functioning as a society are incompatible with the planet’s biological limitations. Demand has outstripped supply. And the fact that this overshoot day comes little a bit sooner with each passing year is worrisome for the future: it tells us that we’re headed in the wrong direction. This year, it has arrived two months earlier than it did 20 years ago,” states Caroline Brouillette, Équiterre’s senior researcher on climate change.

The Intergovernmental Panel on Climate Change (IPCC) report unveiled on August 8 had everyone talking, and rightly so. Here at Équiterre, we welcomed the report, as it adds agricultural and soil management issues to the climate change conversation. It underlines that agriculture is not only part of the problem, but it can also be a part of the solution. The report is very timely for us, as Équiterre is developing a number of projects on soil health and regenerative agriculture, as we continue to press for sustainable agriculture freed from a dependence on pesticides, and to encourage a reduction of animal protein consumption. 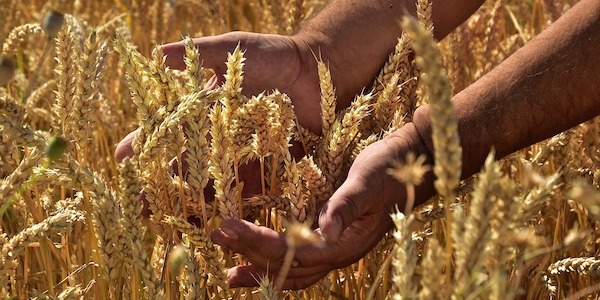 3- Parliamentary commission on recycling and glass

Amidst the recycling crisis and plastic pollution crisis, a Parliamentary commission on recycling and glass took place in Quebec City during the week of August 12. Colleen Thorpe, Équiterre’s Interim Executive Director, presented a brief calling (in French) for a paradigm shift toward reducing at the source. Équiterre also published an open letter (in French) in La Presse with various stakeholders who share our views.

Petition: All in for a deposit refund at the SAQ!

4 – Funding for the public transit network in Quebec City

A transit network worthy of a large city and tailored to the Quebec’s capital city can finally take shape, thanks to the August 19 federal funding announcement, which will go along with funding from the province and from the Québec City.

In collaboration with Canada’s leading environmental organizations, we have launched the One Earth, One Vote Campaign, which seeks to place the environment front and centre for the October federal elections. Through the campaign, we’re encouraging citizens to c, to demand they take ambitious action on the environment. We will also keep you informed about how the political parties are responding to our environmental demands.

In all, over 80 briefs and hearing requests have been submitted, including Équiterre’s. Agronomist Louis Robert, the pesticides whistleblower who has just returned to work at the Ministry of Agriculture, has also submitted a brief.

On September 23, the Climate Action Summit will take place during the UN Annual General Assembly. Youth activist Greta Thunberg, a Summit guest, has crossed the Atlantic in a zero-carbon sailboat.

8 – Earth strike for the climate: September 27

On March 15, over 150,000 young and not so young people marched in the streets of Montreal to show their concern for the future and demand ambitious action to address the climate crisis. And on September 27, 196 days later, the entire planet will go on strike and mobilize in 867 cities and over 105 countries. Join the movement! For more details, visit:

On October 3, more than 100 non-partisan debates on the environment will be held across Canada with candidates from the major political parties. Each debate will be put on by a host organization and moderated by someone from the community.

10 – Keep up to date with the latest environmental news