With 700 participants, including 200 children, 69 teams, more than 1,154 donations and $82,000 raised, Équiterre’s second Change the World run smashed expectations! The only 100% sustainable running event in Quebec was held on Mount Royal Saturday, May 27, a beautiful, sunny day. Intrepid runners and walkers of all ages were united in their commitment to the environment. Spirits were high and the energy contagious! Friends, coworkers and families walked, ran or cheered on participants doing the 1 K, 5 K or 10 K along the mountain’s forest trails. An inspiring younger generation enlivened the day, putting their heart and soul into the event. This is encouraging for the future of sustainable events!

Together we can change the world!

As well as setting a precedent that shows it’s possible to hold a major event and respect the environment, the Change the World run was an opportunity to raise funds to finance Équiterre’s core projects involving issues such as climate change, green transportation, local organic food and green building. Motivated individuals and teams, and their generous donors, raised over $82,000 for the environment. Congratulations and thank you for this support, which will help our citizens’ movement grow and change the world, one step at a time!

This race is unique in Quebec because no disposable glasses, no single use water bottles, no running kits, no medals, no prizes or any other useless promotional items were distributed. Instead, we set up zero waste water stations, children made their own medals onsite and plants were given away to congratulate people for taking part. Local, organic and fair trade food was provided whenever possible. And food lovers got to refuel with fair trade ice cream, bananas and chocolate, as well as kombucha served in reusable cups. You can read about the various eco friendly and sustainable practices put in place in a sustainable events guide for organizers and participants that Équiterre published last week (French only). 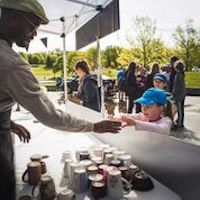 Take a look at the free guide (French version only)

This event was made possible thanks to the commitment of a number of Équiterre employees, interns and volunteers, as well as the invaluable input of partners and sponsors and ongoing support from Les amis de la montagne and the Ville de Montréal. Thank you to everyone who participated directly or indirectly in the event, and offered moral or financial support. We’re already looking forward to next year’s run!

The event in sounds and pictures

These photos really sum up the event’s success.
A short video: through the eyes of a runner. 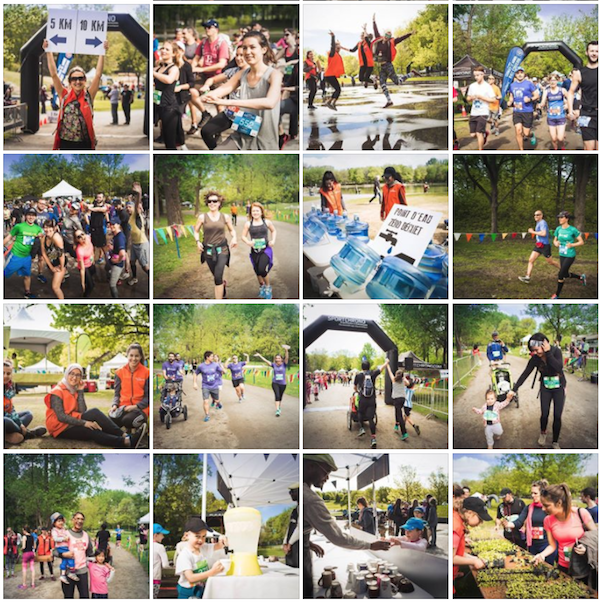 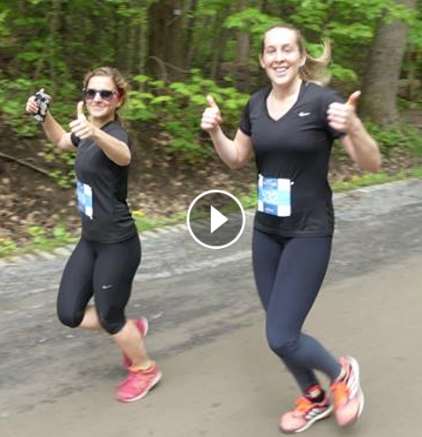 The short video: through the eyes of a runner.