A price on carbon pollution in Canada : Questions and answers

Carbon pricing is an essential step in the fight against climate change; it reduces pollution and spurs economic innovation.

With the recent announcement by the federal government, carbon pricing will be applied in all the provinces that do not already have a system in place.

Here’s a Q&A to help you understand the importance of carbon pricing in the implementation of Canada’s climate plan and the difference between the carbon price that has already been adopted in Quebec and the one that will be imposed on other provinces.

WHY PUT A PRICE ON CARBON POLLUTION?

Carbon pollution does not come without a cost. Canadians see the effects when extreme weather conditions endanger their safety, health, communities and livelihoods. They pay the cost in the form of infrastructure repairs, higher insurance premiums and increases in the costs of food, health care and emergency services. Climate change is expected to cost the Canadian economy 5 billion dollars a year by 2020.

A price on carbon seeks to introduce the principle of internalizing all these costs. It means that the price of a good (in this case, energy and hydrocarbon-based products) must reflect all the costs that its production and use impose on society. Without carbon pricing, the price we pay at the gas pump, for example, does not cover all these associated costs.

A price on carbon pollution is a tool for implementing the polluter pays principle, whereby the people and businesses that generate pollution are required to assume their share of the costs of GHG prevention, reduction and control measures. If people and businesses want to avoid these additional costs, they will have to change their habits and practices.

Putting a price on carbon pollution provides economic spinoffs, because it encourages Canadians and businesses to innovate and invest in clean technologies and sustainable growth opportunities. These in turn will ensure Canada’s success as it navigates a cleaner and greener global economy. A carbon price that increases over time is essential in sending a clear signal that it will be increasingly beneficial to invest in clean energy and technologies to reduce carbon pollution.

As shown by the systems in Quebec and British Columbia, carbon pricing has reduced GHG emissions while at the same time paved the way for continued economic growth. According to the World Bank, 70 governments around the world, accounting for roughly half of the global economy, have put a price on carbon pollution. 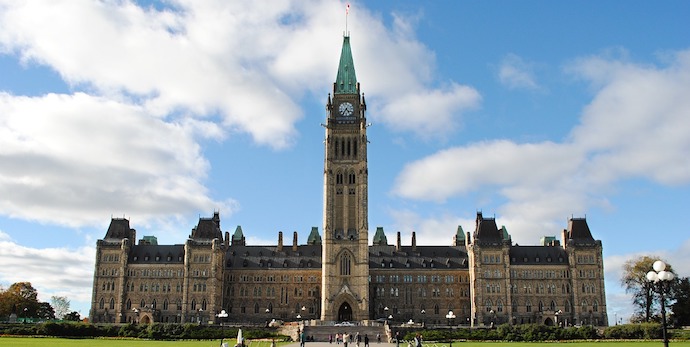 WHY IS THE FEDERAL GOVERNMENT IMPOSING A CARBON TAX ON THE PROVINCES THAT HAVEN’T ADOPTED THEIR OWN SYSTEM?

New Brunswick, Ontario (having recently pulled out of the carbon market under the new Conservative government), Saskatchewan and Prince Edward Island do not have carbon pricing systems, so the federal government is imposing its own. Each of the provincial governments has its reasons for being opposed to a price on carbon, primarily economic in nature and centered on a desire to protect certain industries. While taking some of these regional differences into account, the federal system stresses the need for carbon pollution costs to be internalized in its pricing, with an eye on the long-term prosperity of our environment and our economy.

WHY IS THE FEDERAL GOVERNMENT RETURNING REVENUES FROM CARBON PRICING TO HOUSEHOLDS?

The federal government will return a portion of the money collected from carbon pricing directly to Canadian households. This will be a set sum for every adult and child per household. Lower-income households, with their smaller carbon footprint, will receive a rebate equal to and perhaps more than the increase in the cost of goods. Better-off households, which pollute more, will be charged a net amount at the end of the year, unless they reduce their carbon pollution. But studies clearly show that increased transaction costs for everyday items incentivize individuals and businesses to reduce GHG emissions to avoid having to pay the carbon price, regardless of the prospect of a partial or total rebate at year’s end.

Ottawa will also be keeping some of the revenues to pump back into programs designed to help these provinces reduce their GHG emissions.

Quebec, for its part, is opting to use the Green Fund to reinvest all the revenue from its carbon exchange into measures aimed at combating climate change.

HOW WILL OTTAWA’S NEW PRICE ON CARBON AFFECT US HERE IN QUEBEC?

The federal carbon pricing system applies only to the provinces that did not already have a system in place. Since Quebec is already a part of the carbon market, it will not be subject to the federal carbon pricing system, so nothing will change for Quebec businesses and residents. Beginning in 2019, however, our fellow citizens across Canada will have to pay their share of the cost of carbon pollution, so our country is taking a step in the right direction when it comes to reducing GHG emissions. What’s more, a more uniform system of pan-Canadian carbon pricing will make the system more effective by avoiding negative impacts on the competitiveness of certain companies and by lowering the likelihood of “carbon leakage” (the phenomenon whereby production moves to jurisdictions that are not subject to carbon pricing).

Since it came into force, the Quebec system has generated $2.6 billion, with the money earmarked for the fight against climate change.

INVESTING IN OUR FUTURE

According to economists, imposing a price on carbon is the most effective way of curbing emissions. This should be done in concert with other climate policies that will reduce GHG emissions in areas where carbon pricing is not in effect. The systems that are already in place in certain provinces, along with the new federal system, will lower GHG emissions by 50 to 60 Mt by the year 2030.

Making polluters pay and incentivizing them to reduce GHG emissions through carbon pricing will reduce future climate change costs. Let’s not saddle our children and grandchildren with this debt. Let’s start paying it off right now.