Action of the month : Time to Unplug

The new year is well under way, but you can still make resolutions and do something meaningful for yourself and the environment. Équiterre encourages you to unplug, literally and figuratively. We don’t want to downplay the importance or advantages of electronic devices, and we’re certainly not suggesting you cut yourself off from the world. But it’s important to be aware that being constantly plugged in depletes the planet and affects our well-being. Here are a few ideas on how to unplug . . . and reconnect!

Energy waste caused by leaking electricity is as scary as the name implies. Did you know that many electrical appliances continue drawing power even when turned off or on standby because they haven’t been disconnected from the mains? Phantom power is also known as vampire power and phantom load.

Between 20 and 40 appliances and electronic devices in our homes—telephone chargers, computers, printers, televisions and digital set-top boxes, for instance—are in sleep mode, sucking power like vampires. Think of all your appliances that are remote-controlled, or have a clock or standby light, then find them, unplug them and say goodbye to phantom power! Using power bars makes turning a cluster of appliances off quicker and easier. Just flip the switch and you know that everything is truly off.

Doing this should be as natural as turning the lights off when you leave a room. A simple way to help the environment in 2017!

Find out how much electricity you use in phantom power on Hydro-Quebec’s website.

Unplug from the cloud, or call for a greener cloud

Have you ever forgotten the outside world exists while you binge-watched a TV series? (Thank you, broadcasters, for automatically playing the next episode so we stay glued to the screen!). And did you know that bandwidth usage is energy-intensive? In 2015, video accounted for 63% of global Internet traffic, and will account for 79% by 2020. A study showed that watching a video stream for an hour once a week uses annually as much energy as two new fridges in one year.

The energy required to power information and communications technologies (ICT) goes way beyond simply recharging batteries. So it’s important to look at the energy footprint of large data centre operators, like Google, Facebook and Netflix, and call for a green cloud. According to a comparative study, video-streaming giant Netflix, which accounts for over a third of Internet traffic in North America, ranks poorly. Looking at the bigger picture, figures of recent years show that the digital world accounts for 10% of global electricity demand, the same amount of power used to light up the entire planet in 1985.

The best way to unplug from the digital world (and your worries) is to pick up a book. Research shows that reading a book is more relaxing than listening to music, watching a film or going for a walk. This still, silent activity allows you to escape by engaging your imagination. Reading for as little as six minutes is enough to reduce stress by two thirds! Are there many places where you can borrow something for free, take it home and use it? In 2017, rediscover the library system and unplug!

Humans have a shorter attention span than goldfish

According to a recent Microsoft study, humans now have an average attention span of eight seconds, one second less than goldfish. Not surprising when you find out that people look at their phone on average 150 times a day!

This makes you think about what our real needs are and the social consequences of being constantly plugged in. What’s the social in social networks? Are LOL, hahaha or emojis a substitutes for having a good laugh with a friend? The video, Look Up, that went online a few years ago, certainly got people thinking.

Why not try to unplug a little in 2017? Drop in on friends and family. Phone instead of sending a text. Valentine’s Day is coming up—why not write a letter? It’s easy to bombard your friends with IPhone coloured hearts, but does it have the same memorable impact as a card you’ve taken the time to write and send?

“My computer’s really slow. I think I’ll trade it in for that amazing new gadget.” Wait!

Read Équiterre’s post on electronic hardware, Déchets électroniques : une menace pour l’environnement, l’économie et la santé [E-waste: A threat to the environment, economy and health]. If your computer is slow and driving you nuts, before buying something else, consider downloading Dr. Cleaner, OnyX or a similar application to optimize the memory and get rid of unwanted large files. Ever thought of emptying your inbox to free up the server? If you write “larger_than:3m” in the search box, you can find e-mails larger than 3 MB, delete them and make space for 2017. (Thank you Équiterre IT technicians for this tip!) 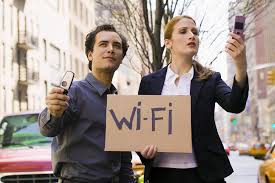