The entire Équiterre team (53 employees, 220 volunteers and 23 interns) is proud to present you with our Annual Report 2018, a demonstration of all that we accomplished this year with the help of our members, supporters and donors.

2018 was a very special year, as we celebrated Équiterre’s 25th anniversary!

Have a look at our annual report for an overview of our 25 year history and our accomplishments in 2018.

→ All dressed option with animation, for those with heavy duty data packages and strong internet connections.

→ Vegetarian option in PDF, for lighter connections and data packages.

In 1993, six young idealistic Quebec university students returned home from the Earth Summit in Rio dreaming about fair trade, sustainable agriculture and transportation systems and the fight against climate change. They founded Équiterre, the first organization in Quebec dedicated to building a social movement to empower citizens, organizations and governments to make environmentally sound and socially responsible choices. 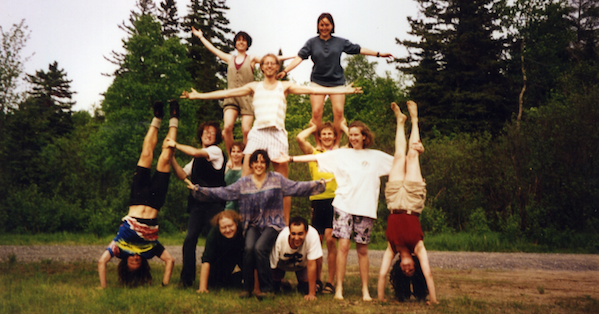 Sidney Ribaux, one of these co-founders and Équiterre’s Executive Director until just recently, is proud of the road traveled and the success of the organization and its extraordinary team: “Twenty-five years ago, we were six young people who believed that our ideas could change the world. Today, these ideals have become concrete: major environmental projects are underway and a new generation has made the environment a priority electoral issue.”

“I feel a surge of pride and hope when I see today’s youth rising up and taking their place to protect the future of our planet. While the impact of political and institutional action is undeniable, the strength of the citizens’ movement has the power to move mountains!”

THE STRENGTH OF OUR CITIZEN MOVEMENT

Équiterre is a leading authority on environmental issues, which in 2018 lead to: 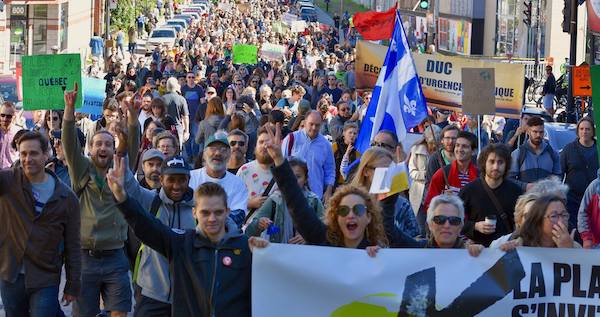 Thank you for changing the world, one step at a time with us!