Calls for ambition at a COP tarnished with coal

You can smell the coal in the air in Katowice. A fellow Quebecer’s white cell phone case is now grey. At a press conference yesterday, a Polish doctor said that air pollution from coal is a medical emergency, and Al Gore gave us the following stat: a baby born in Warsaw today will inhale the equivalent of 1,000 cigarettes in the first year of his or her life from smog and other air pollutants.

Coming from Quebec, where hydroelectricity is the predominant source of energy, it’s a pretty sobering experience to feel the coal pollution outside the walls of my first UNFCCC COP. And to realize to what an extent it is still so fully ingrained in the cultures and economies of certain regions. Polish President, Andrzej Duda, opened COP24 with a speech in which he argued that coal “does not contradict the protection of the climate and the progress of climate protection,” stating that it would be hard for Poland not to use the 200 years-worth of coal that it has in supply. This was his opening speech. Meant to inspire… 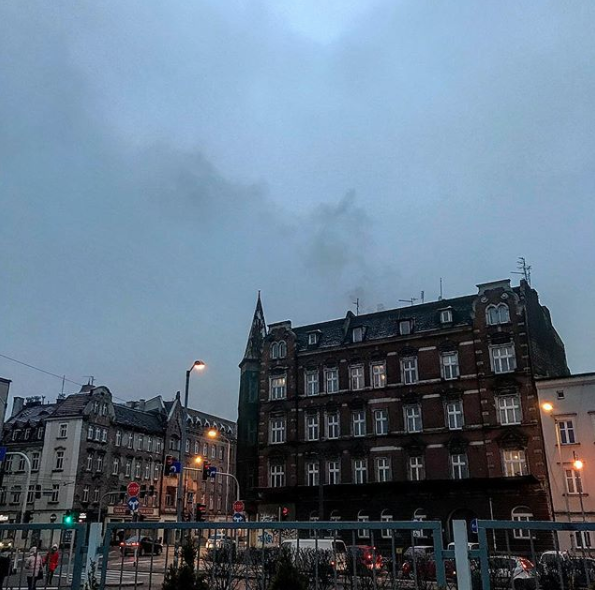 But the beauty of these COPs is how they bring the world together, to shine a light on what each nation is doing in the face of the climate crisis. To call each other out on lagging behind and not doing our part, and to be inspired by the ingenuity and leadership of our fellow countries.

After listening to New Zealand and Costa Rica’s plans for going to net-zero emissions, and hearing about a new report for the European transition to 100% renewables, I attended a press conference about a new report on Canada’s oil and gas industry. My bubble was popped. Oh right, we’re not all making this energy transition quite so quickly.

At a COP where the keyword is AMBITION and everyone is calling for the Parties to make more ambitious pledges in order to keep global warming to less than 1.5C below pre-industrial levels, Canadian civil society groups have been calling on our federal government to show leadership. We’ve seen that leadership in Canada’s co-initiation of the Powering Past Coal alliance with the UK at COP23 last year, which now has over 75 members. We’ve seen that leadership in the creation of the Task Force on the Just Transition for Canadian Coal Power Workers and Communities, and we’ve seen that leadership in the recent announcement that Canada is moving towards its phase-out of coal electricity by 2030 (which will result in 260 avoided premature mortalities; 40,000 fewer asthma episodes; and 190,000 fewer days of breathing difficulty and reduced activity in Canada by 2055). In the words of federal Environment and Climate Change Minister, Catherine McKenna, “We didn’t get out of the Stone Age because we ran out of stones. We got smarter.”

Though the final outcome of COP24 is not as ambitious as hoped, Parties were successful in laying the groundwork for the rulebook for the Paris Agreement, and they are being called on to come back with more ambition at the next two COPs.

But more needs to be done. If I heard it once at COP24, I heard it twenty-five times: limiting average warming to 1.5C is technologically and financially feasible - it just takes political will. And as UN Secretary General Antonio Guterres said when he returned to Katowice this week, “To waste this opportunity would compromise our last best chance to stop runaway climate change. It would not only be immoral, it would be suicidal.”