On April 24 in Quebec City and April 27 in Montreal, Équiterre members and supporters gathered for the vibrant annual general meeting. After having the chance to test their knowledge about Équiterre with an interactive quiz, they heard a talk on sustainable transportation, elected representatives to the board, learned more about the 9th Laure Waridel bursary winner and witnessed the appointment of two honorary members. It was also an opportunity to reflect on last year’s achievements with a presentation of the 2016 annual report, and to discover the new 2017 2020 strategic plan and 2017 action plan. An inspiring and motivating evening!

In 2016, the citizens’ movement that Équiterre is building called on the federal government to review 350 pesticides banned in Europe but allowed in Canada. It also forced TransCanada to submit its Energy East pipeline project to an environmental assessment under Quebec law, convinced the Quebec government to fund the Route Verte—the largest cycling network in North America—and helped get the federal and provincial governments to adopt the Canadian climate plan. We also reached the 20,000 member mark! 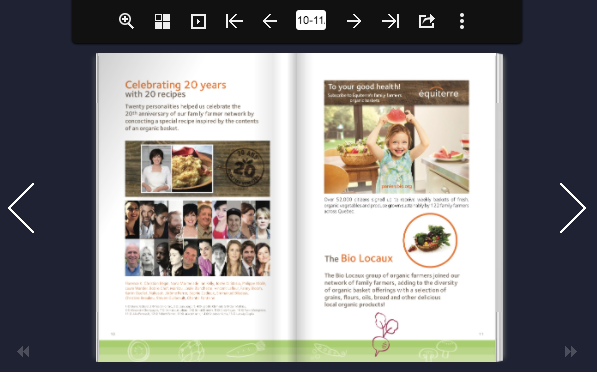 The strategic plan, adopted in November 2016 by the board of directors, is the outcome of an exercise in research, analysis, dialogue, debate and discussion involving Équiterre members, supporters, partners, volunteers and employees. It sets out the fundamental approach of the citizens’ movement, as well as its vision and values, and 2020 objectives.

We will continue to focus our efforts on two main issues: reducing greenhouse gases and limiting the use of pesticides and toxic substances. However, we have also added new issues to our list, including product obsolescence, environmental education and issues related to meat consumption. All of Équiterre’s work—projects, awareness campaigns and stands taken—are based on the strategic plan. 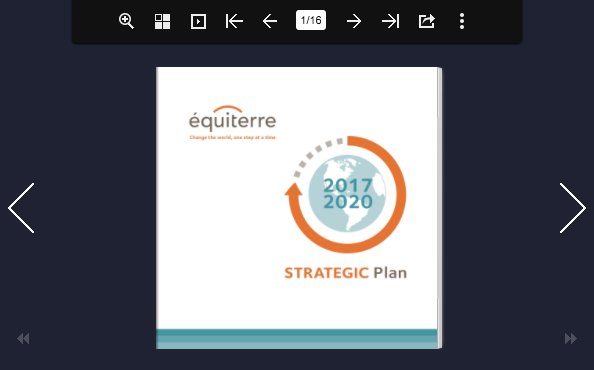 Équiterre is growing with you. Thank you for helping us change the world, one step at a time. Together, anything is possible!