A text by Ann Petersen-Anderson, Edith Smeesters and Merryl Hammond*.

While Québec is currently proposing to modify and improve the Québec Pesticide Code, a pioneer in the battle against pesticides has died, Dr. June Irwin.

Who was Dr. June Irwin?

Dr. June Irwin died at the age of 83 on June 22, 2017. She has left an enduring legacy of local environmental activism which impacted a generation and led to both national and international awareness campaigns and legislation against pesticide use in urban areas.

In the 1980s, Dr. June Irwin, who had a dermatology practice in Pointe Claire, Quebec, started to see patients with worrying health problems. True to her scientific training, she began taking blood samples from these patients and sending them to specialized labs in the US for analysis (which she paid for and continued to do throughout her practice), keeping records and documenting her findings. Dr. Irwin soon made the connection between her patients’ symptoms and their exposure to lawn care pesticides, which were then in widespread use.

Dr. Irwin's warnings about the toxic effects of pesticides were ignored by the medical profession and the government. She stated: “When it comes to pesticide use in Canada we are a human experiment. And no records are being kept.” In 1985, based on her findings, Dr. Irwin started a letter writing campaign to newspapers, municipalities and government urging them to ban pesticides. She regularly attended Hudson Town Council meetings urging the town to ban lawn pesticides. 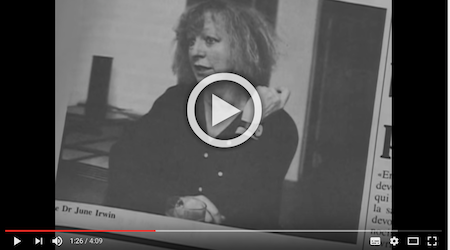 June Irwin inspired many people around her

Dr. Irwin inspired many others to join the campaign. In particular, she urged the medical community to be involved in environmental issues, which was later taken up by the Canadian Association of Physicians for the Environment. Citizens who were concerned about the extensive use of pesticides in urban areas began to organize local meetings. Esther Goldenberg in Westmount launched the Pesticide Task Force, with support from toxicologists and other scientists, to raise awareness about the impact of pesticides on animals and children. A group of women on the West Island initiated The Raging Grannies who went to public events with banners and songs denouncing pesticide use. In Baie-D’Urfé, Merryl Hammond set up a national umbrella group, Citizens for Alternatives to Pesticides (CAP), and in 1986, biologist Edith Smeesters founded Nature-Action with a group of citizens in St-Bruno-de-Montarville. Mike Christie, a journalist from Ottawa, did extensive research on the pesticide issue keeping the movement informed and up to date.

At the start of the 1990s, Jean-Dominique Levesque-René, a nine-year old boy who had been diagnosed with non-Hodgkin’s lymphoma, made headlines when he petitioned Ile Bizard municipal council to ban pesticides in his district. Encouraged by Dr. Irwin, Jean-Dominic pursued environmental activism for which he received numerous awards. 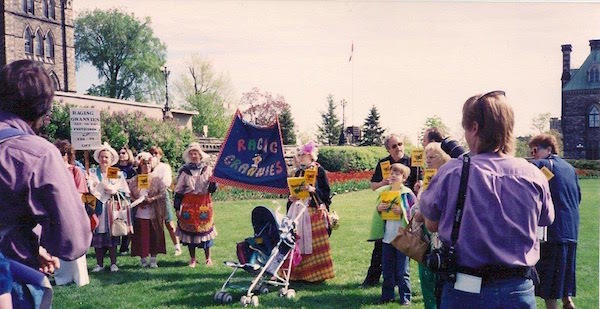 Raging Grannies in front of Parliament.

In 1991, Dr. Irwin’s hard work was rewarded when, with Michael Elliott as mayor, Hudson adopted by-law 270 banning all non-essential pesticides from residential and public spaces. Hudson was the first but was swiftly followed by many municipalities pressured by concerned citizens.

In 1993, Chemlawn and Spraytech Lawncare, two lawn care companies, sued Hudson in court, challenging the by-law in an attempt to offset the wave of regulations. Hudson won twice and it was then taken to the Supreme Court.

The Sierra Club Legal Defense Fund (now called Earthjustice Legal Defense Fund) then hired lawyers Jerry DeMarco and Stewart Elgie to defend the cause as it would impact the future of public health and the environment at the national level. The Canadian Federation of Municipalities, World Wildlife Fund Canada and Nature-Action Quebec became intervening parties on Hudson’s behalf working with Elgie to build a case.

By this time, the issue of pesticide use in urban areas had garnered a lot of attention which Edith Smeesters judged the right moment to create a bilingual provincial organization to unite the movement and push for provincial regulation. In 1999, she created the Coalition for Alternatives to Pesticides (CAP) borrowing the bilingual acronym with Merryl Hammond’s permission to unite all sensitizing groups working around the issue. CAP gathered and translated a prodigious amount of scientific and medical documentation (including Mike Christie and June Irwin’s), advocated alternatives to pesticide use in urban areas, organized a province-wide campaign to raise awareness and participate in round table consultations with health professionals, the ministry of the environment and representatives of the horticultural profession. André Boisclair, then Quebec Minister of Environment in Québec, took matters in hand but waited for the Supreme Court ruling before acting. 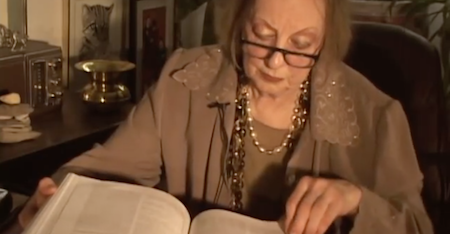 VICTORY AT THE SUPREME COURT!

In June 2001, the Supreme Court ruled unanimously to uphold Hudson’s by-law! Lawyer Stewart Elgie successfully argued using the “Precautionary Principle” which became a landmark ruling based on the principle of protecting human health and the environment in the face of scientific uncertainty. The ruling gave the go-ahead to other towns and municipalities to follow suit and thereby redefined the politics of the environmental movement, empowering local initiatives. “The Mouse that Roared” was how one article described the impact of Hudson’s historic achievement.

Dr. Irwin stated: “Lawn pesticides are an example of people willfully, though maybe not knowingly, poisoning their neighbors. These are terribly toxic substances and yet, it seemed to me, there was a conspiracy of silence. I’m pleased that, to some degree, we have been able to break through that silence to get the word out.” 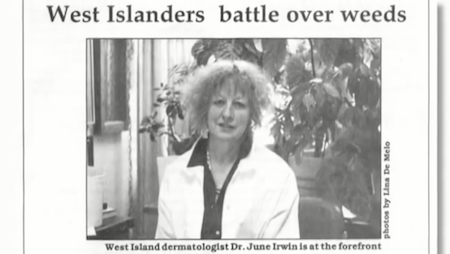 The Quebec Pesticide Management Code: A first in North America

In April 2003, the Quebec provincial government created the Pesticide Management Code which banned the use of 20 active ingredients on public land. The ban was then extended to private properties in 2006 and included the sale of these substances.

In 2009, with the support of Equiterre and the David Suzuki Foundation, Ontario passed much more comprehensive legislation prohibiting the use and sale of 90 pesticides on public and private land. Currently over 200 municipalities have by-laws against cosmetic pesticide use in Canada and all but two provinces have legislation.

IMPACT ON THE USA

In 2009, Paul Tukey, an American from Maine who switched his lawn care business to organic practices due to serious health issues, held the World première of his film A Chemical Reaction in Hudson. It documents June Irwin’s pioneering fight to get pesticides banned and relates the problems the US is experiencing due to the stronghold of pesticide companies that acted quickly to get state legislation passed prohibiting local by-laws. “Tukey praised Irwin as an international environmental ‘hero’ for raising the issue of the impact on health of lawn chemicals.” “This one woman really was the catalyst for this movement” he said…” there’s no denying she was the first one, in a very public way to stick her neck out there.”

Dr. Irwin’s achievement was also recognized when May 6, 2011 was declared Lawn Pesticide Awareness Day in honour of her leadership role in banning pesticides in North America by pushing for the adoption of the first by-law in Hudson.

Dr. Irwin always eschewed accolades saying it was all about the collective effort and emphasized the need to keep vigilant about keeping up the pressure because, as she would say: “It can always go backwards.” 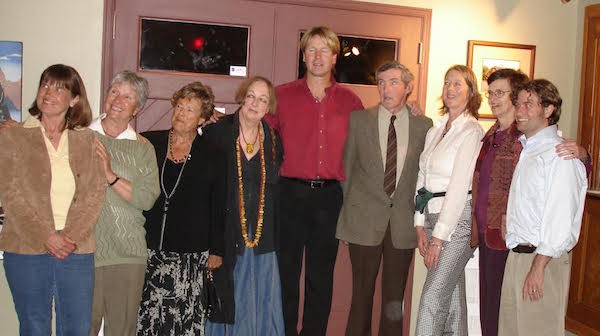 Dr June Irwin (4th from the left), at the Paul Turkey (center) movie premiere. The Supreme Court Judge Claire L’Heureux-Dubé is 3rd from the left.

This posthumous tribute was written by Ann Petersen-Anderson who is a member of the Hudson Food Collective in conjunction with two other anti-pesticide pioneers: Edith Smeesters, a biologist who was a key person to obtain the Quebec Pesticides Management Code (also a speaker on Alternatives to Pesticides with Equiterre) and Merryl Hammond, PhD in Community Health, founder of Citizens for Alternatives to Pesticides (CAP) in Baie-D'Urfé.