Isabelle St-Germain and Clément Guimond Made Honorary Members of Équiterre

At the annual member meetups held this week in Quebec City and Montreal, Équiterre paid tribute to former senior director Isabelle St Germain and former board chair Clément Guimond by making them honorary members. Équiterre would like to acknowledge the outstanding contribution of these two visionaries over the years and hope they will remain involved in the organization.

Isabelle St-Germain worked at Équiterre for 18 years. Thanks to her creativity, determination and innovative projects, Équiterre has become one of the most influential citizens’ organizations in Quebec. Isabelle is a creator and positive leader with a real gift for building teams that bring out the best in individuals.

In June 2016, she joined Oxfam Québec as director of innovation and development, working to protect the environment, fight against poverty and promote gender equality. 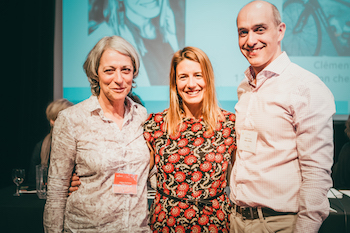 Clément Guimond has been on Équiterre’s board of directors for nearly 12 years. This born social entrepreneur was involved at every stage of the creation of Caisse d’économie solidaire Desjardins de Québec and in 1986 became its general coordinator. Many ambitious projects, including the Cirque du Soleil, owe their existence to this social banker’s creative and innovative spirit, and his drive to develop collective entrepreneurship in Quebec.

Retired since 2008, Clément works as a volunteer on various projects promoting solidarity and has a particular interest in those addressing environmental issues. He is more convinced than ever of the urgent need to act, and of our ability to adopt practices, individually and collectively, that respect life. 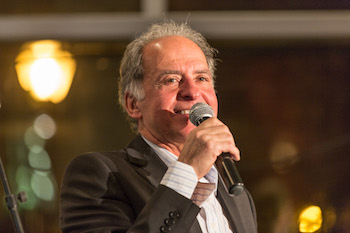