THE MOOD HERE IN BONN

The mood here is constantly shifting. One moment there is mounting concern about the impacts of climate change, while the next there is hope born of the collective weight of 190 countries around the same table, all trying to hammer out agreements on dozens of issues that will impact the very future of the planet!

ISSUES CURRENTLY BEING DISCUSSED AT COP23

Solutions in the fight against climate change

Clean technologies, setting a price on carbon and zero-emission vehicles are regularly cited as solutions to the climate crisis by a number of states and countries. We too have been vocal in our support of these solutions over the years!

Island states bear the brunt of climate change damage, but are also the most resilient and pioneering in the use of renewable energies.

Gender Day: Why women are important vectors for change

Today was Gender Day at COP23. There has been an increasing focus on gender issues recently in the United Nations Framework Convention on Climate Change (UNFCCC) process, and a Gender Action Plan (GAP) will be adopted during COP23.

Why this gender differentiation? 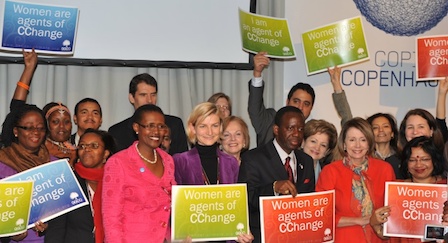 The G7 comes to Canada: time to get ambitious!

Canada will host the G7 next June in La Malbaie. With all eyes on Canada, the federal government could seize the opportunity to make some ambitious announcements and show that our country is ready to do more in the fight against climate change. Ottawa could announce: 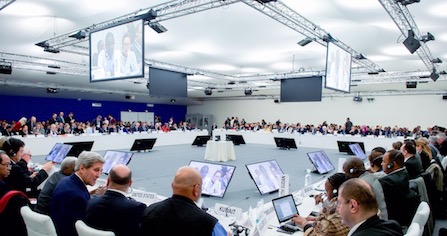 A plenary session during a previous COP.

Each day, COP23 presents a country with its Fossil of the Day “Climate Unachievement” Award. A few days ago, it was the Western nations (Canada, the United States, Europe and Australia) that earned a Fossil for their lack of commitment to funding loss and damage.

For Canada, getting out of the coal business cannot be achieved on the backs of workers in this industry. In contrast with the Trump administration, Minister McKenna has pledged to do away with coal by 2030, but concrete action toward this goal has lagged. Indeed, Alberta, Nova Scotia and Saskatchewan continue to burn tonnes of coal, while Ontario and New Brunswick still rely on coal to some extent. What’s more, there are still 10 coal mines in British Columbia.

We’ve been treated to some pleasant surprises in recent days:

Today in Bonn: High level segments, featuring remarks by a number of Ministers and Heads of State. We’ll be there to cover it all.