Live from Scandinavia: News from our Laure Waridel Laureate!

As this year’s Laure Waridel bursary winner, I’d like to share with you the highlights of my activities over the past few months.

From March to June, I had the opportunity to do an internship at the Stockholm Resilience Centre in Sweden. This interdisciplinary research centre specializes in sustainable development with an emphasis on resilience, which relates to my PhD on the impact of climate change on marine ecosystems and Inuit communities in the Canadian Arctic. Resilience is the capacity of a system, such as the biosphere, to deal with change and continue to develop sustainably. Studying resilience is about generating knowledge and developing measures to strengthen natural and human systems so they can cope with environmental pressures, like climate change. Resilience promotes innovation and the transformation of our systems into greener, more sustainable models. 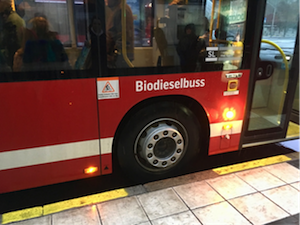 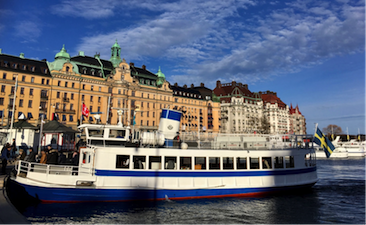 I’m really impressed by Stockholm’s diverse and very accessible public transit network, which includes buses, tramways, local trains, a metro system and ferries. It’s an excellent example of how to create a resilient, sustainable system. The vast majority of buses run on biofuels, mostly produced by converting local waste and sludge. The city’s goal is to have a public transit system 90% powered by renewable energies by 2020 and 100% by 2030. The 90% target was hit in 2013 and the city is on track to achieve 100% way before 2030! That’s what you call an effective energy transition!

The goal of my internship at the Stockholm Resilience Centre was to learn about participatory modelling, an approach that involves developing future scenarios that show the impact of various environmental pressures on ecosystems and their societal implications. I’ll be leading a scenario-based participatory modelling workshop in Nunavut next winter as part of my PhD and this internship has helped me lay the groundwork. The future scenarios will focus on the Arctic marine environment in Nunavut in a context of rapid change.

During my time in Sweden, I also took part in an international scenario workshop, which was held as part of a large-scale project, Seeds of Good Anthropocenes. The perspectives of scientists, artists and professionals from different backgrounds were combined in an effort to plan for the future of Northern Europe. It was a very innovative exercise. 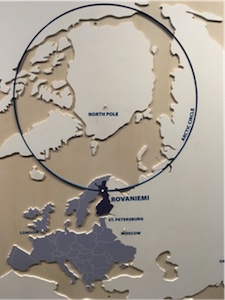 Rovaniemi, at the doors of the Finnish Arctic.
© Marianne Falardeau-Côté 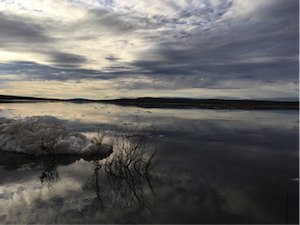 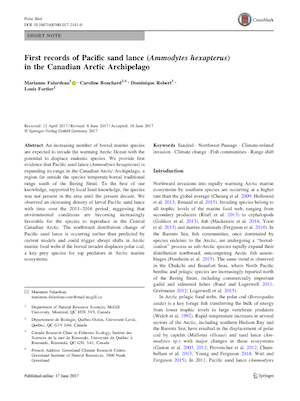 In collaboration with three colleagues, I recently published a paper in Polar Biology entitled First Records of Pacific Sand Lance in the Canadian Arctic Archipelago. We show that the Pacific sand lance, a fish species normally found in the Pacific Ocean, has become established in the Canadian Arctic archipelago over the past few years. Due to the warming of the world’s oceans, many marine species are migrating north and are now found in the Arctic Ocean. The results we present were obtained from biological sampling carried out on the scientific research icebreaker CCGS Amundsen between 2011 and 2016. The invasion of the Pacific sand lance in Arctic waters could affect the entire marine ecosystem, as it may compete with Arctic fish and potentially replace them in the diet of marine mammals and birds.

I’m back in Montreal now to continue working on my PhD at McGill University. This summer, I’ll be running a workshop at a day camp, the Camp de l’Île, where I will familiarize kids with the arctic fauna and flora and talk about the importance of preserving healthy nordic ecosystems. I’m also preparing a workshop to be held in various Quebec schools in the autumn.

You can find out more about my project and watch my video presentation on the Équiterre website, as well as on my blog.

I’ll be sure to keep you posted on my next activities. Have a great summer!