Analyst, Reduction at the Source

This is the story of a light bulb that has been burning for the past 111 years and has seen 444 fashion seasons and 8 iPhone generations. And when the consumer society as we know it today was born, it witnessed the first agreements between manufacturing companies to reduce the lifespan of products, such as nylon stockings and light bulbs (1).

Welcome to the world of obsolescence and throwaway culture. 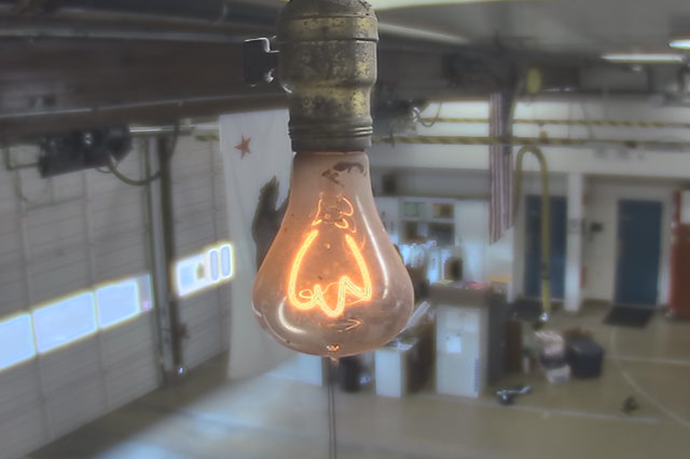 The Centennial Light, burning since 1906 in Livermore, California, thanks to a carbon filament more durable than the tungsten filaments in today’s bulbs. Take a look at the live bulb-cam.

Without necessarily understanding it, we’ve all run up against obsolescence. Obsolescence refers to the process of becoming no longer useful or current. Planned, or built-in, obsolescence is deliberate.

There are two types of obsolescence:

Whatever the type of obsolescence, you know what happens next: the object is replaced. But keep in mind that an object includes the materials, energy and natural resources involved—which aren’t necessarily renewable or ethically produced.

THE CELL PHONE: A PRIME EXAMPLE

In 2016, nearly 1.5 billion cell phones were purchased globally, even though 7 billion were already in circulation in 2015.

An up-to-the-minute study by France Nature Environnement shows that 70 kg of raw materials are required to produce, use and dispose of a smartphone. That’s “600 times the weight of a phone.” Not to mention the social impacts, such as poor conditions for miners and factory workers.

This industry flies in the face of responsible consumption, and yet the number of smartphones in circulation is close to the world’s population. That’s quite an impact! Do we really have to consume so much? Why is throwaway culture so prevalent?

This alarming situation calls for awareness and action. There are certainly ways to minimize this loss of usefulness and make objects last as long as possible. And there are concrete ways to reduce the impact of our consumption on the environment, people and our wallets.

HOW CAN WE FIGHT OBSOLESCENCE?

That’s the big question we’ll be exploring in this blog. We’ll also propose accessible solutions. The good news is there are things we can all do! Yes, some manufacturers have a long way to go to adopt good practices and increase the service life of products. But consumers, citizen protection groups and public institutions also have an important role to play, each at their own level, by making informed decisions.

Start by following this monthly blog to learn more about obsolescence

The first thing we can all do, without a doubt, is to better understand built-in obsolescence, because the causes are more complicated than you may realize and sometimes unexpected. So please come back here every month. And in between posts, check out the resources listed below.

(1) Read more about other historical examples (in French) : http://obsolescence-programmee.fr/exemples-symboliques/