Obsolescence: What Role Do Consumers Play?

Ever heard of kintsugi?

It’s the Japanese art of repairing broken china or ceramics using a gold-based glue, which makes them more attractive and extends their life. What’s more, the Japanese value the restored objects more highly than the original ones. An interesting philosophy when you think that today, various marketing tactics are used to make us think products are obsolete as soon as an updated version is released—even if they’re still in good working order. 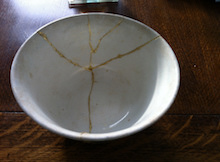 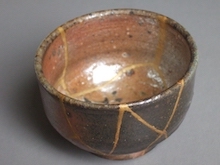 Have you ever counted the number of ads you see on the way to work—including the ones on your phone?

Every day, we’re bombarded with dozens, even hundreds of ads. That’s nothing new. But you have to agree, unless you have the Force within you, like Yoda, it’s hard not to be influenced by them. Is it just as hard to resist the temptation to replace something that still works? It doesn’t seem to make sense. So what makes us act the way we do?

Just becoming aware of all this is a big step!

So, why do you throw objects away before their end of life?

Next time, we’ll be talking about something concrete everyone can do: repairs. We’ll give you a wealth of good ideas, which you can try out to see what works for you, in an effort to keep moving towards more responsible and sustainable consumption! Stay tuned: equiterre.org/en