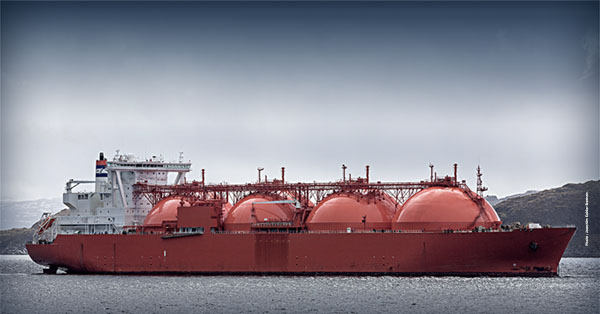 Quebec City, September 5, 2019 - With the federal election campaign soon to be underway, a petition against the GNL Québec project has been signed by over 40,000 citizens from across Quebec. Citizen and environmental groups want to make GNL Québec, an enormous project to transport and liquefy fossil natural gas, a pivotal issue in the federal election.

For Nature Québec, the Coalition Fjord, the Collectif abitibien Gazoduq, parlons-en!, Action Boréale, Équiterre, Greenpeace Canada, Eau Secours, David Suzuki Foundation, SNAP Québec, WWF Canada, the Fondation Coule pas chez nous, the Mouvement écocitoyen UNEplanète and the Pact for the Transition, it is crucial that any party that hopes to assume power on October 21 clarify its position on the GNL Québec project during the campaign.

The GNL Québec project, which seeks to export natural gas from Western Canada to European and Asian markets, involves the construction of a 780-km pipeline across Quebec, from Abitibi to the Saguenay Fjord. It also includes construction of the Énergie Saguenay plant, where the gas transported through the pipeline would be liquefied before being transported via supertanker through the St. Lawrence River and the Atlantic Ocean. These ships would cross the only area in the St. Lawrence that is protected for belugas, as well as major feeding grounds for the blue whale and other endangered species.

Because the impacts of this project are under federal jurisdiction, it’s important for all political parties to take a stance on the project, say the citizen and environmental groups, who are also working to inform politicians about the issues.

The GNL Québec project would put Canada even further behind in its efforts to reach its Paris Agreement target, as it would generate 7.8 million tonnes of greenhouse gases (GHG) per year (and that’s only considering the impacts of the extraction, pipeline and liquefaction of the gas). The year-round passage of about 160 supertankers in the Saguenay Fjord would threaten the survival of the St. Lawrence beluga, a designated species under the Species at Risk Act (SARA). The project also raises significant issues involving the consent of Indigenous communities affected by the pipeline route.

The groups are also highlighting that the next federal government will have to make decisions about the GNL Québec project’s acceptability in terms of the various federal assessment processes for both components (the Gazoduq pipeline and the Énergie Saguenay liquefaction plant).

“This project raises serious issues with regard to biodiversity and climate. Already, Fisheries and Oceans Canada has expressed concern about the impacts on the St. Lawrence beluga. We are legitimately concerned, and we call on the parties and their candidates to indicate where they stand on this deadly project and to tell us what they plan on doing if they are elected on October 21.” - Christian Simard, Executive Director, Nature Québec

“GNL Québec claims that the natural gas that it will export will help reduce GHG emissions elsewhere in the world by serving as a substitute for coal. However, given the gains made by solar and wind power at competitive prices in the target market regions, the project is likely to displace renewable energy sources and increase GHG emissions. In the context of the climate crisis, this project simply makes no sense.” - Caroline Brouillette, Senior Researcher, Climate Change, Équiterre

“Our beautiful Northern Quebec, whose natural riches are already being plundered, deserves better than to be made complicit in this dirty fossil energy from the Canadian Prairies. The reality is that a multinational opposes the protection of our territory, hoping to destroy it by pitting local communities against one another. This divide-and-conquer mentality is finished – we deserve better.” - Rodrigue Turgeon, co-founder, Collectif Gazoduq, parlons-en!

“Internationally, Canada is seen as a laggard when it comes to climate, and GNL Québec would only make matters worse by increasing our GHG emissions even further. The Canadian public is entitled to know where the different political parties stand on this project from a bygone era.” - Carole Dupuis, Mouvement écocitoyen UNEplanète

“Despite our limited means, l’Action boréale, in cooperation with the Anicinapek communities, who have lived in the Abitibi region for millennia, will use every means possible to prevent the pipeline from being built in Abitibi. There must be no compromise when it comes to protecting what is left of this heritage for future generations.” - Henri Jacob, President, l’Action boréale.

“Several Indigenous communities living along the proposed route object to an energy corridor crossing their traditional hunting grounds. This type of corridor emboldens predators and weakens subsistence sources for people living off the land. Now that Canada has recognized the genocide perpetrated against the First Peoples, it must prevent extractive projects that perpetuate it.” - Pascal Bergeron, Fondation Coule pas chez nous

“With your permission, I would like to quote this young woman who has emerged over the past year as one of the leading moral voices of our time: Greta Thunberg. She had this to say:
“They just carry on like before. I don't understand that, because if the emissions have to stop, then we must stop the emissions.”
And that says it all. The GNL Québec project wants to create more emissions. No thanks.”
- Dominic Champagne, Pact for the Transition

“In 2019, if you take the climate emergency seriously, you don’t build a liquefied natural gas terminal. In 2019, if you take biodiversity seriously, you don’t have tankers crisscrossing the habitat of the few remaining belugas. Fortunately, 40,000 of our fellow citizens get it. We are asking our governments to get it too.” - Karel Mayrand, Director, David Suzuki Foundation, Quebec.

“Building a gas pipeline across Quebec would impact numerous rivers and wetlands. The proposed corridor would encompass 20,400 km of waterways. All that just to transport gas produced mainly by fracking, an unconventional extraction technique that contaminates drinking water sources. To protect the water here and elsewhere, we must say no to this project.” - Alice-Anne Simard, Executive Director, Eau Secours.

“The support of 40,000 people against GNL Quebec clearly shows the population supports our demands, which are also supported by the scientific community in Quebec. "
- Adrien Guibert-Barthez, Coalition Fjord.

"Recent heat records, forest fires and floods should remind federal parties that we are in a climate emergency. Increasing fracked gas production and export simply makes no sense when science requires cutting down global CO2 emissions by half by 2030. If parties are serious about their green claims, they have no choice but to oppose this project, which threatens the climate and biodiversity. All parties and our institutions need to take a holistic vision that allows everyone to move quickly towards a just transition, namely a Green New Deal ." - Patrick Bonin, Climate & Energy Campaigner Greenpeace Canada

To see the petition : https://www.non-gnl-quebec.com