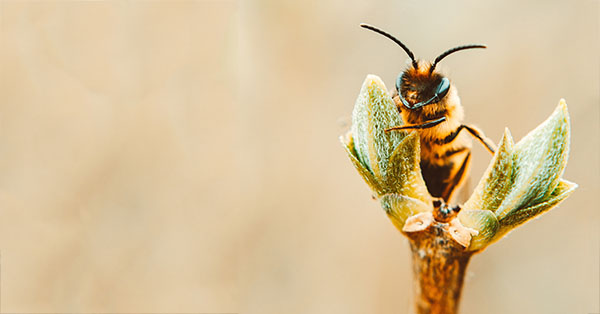 OTTAWA, Thursday April 11, 2019 -- Environmental groups and beekeepers disagree with the final decisions of Canada’s pesticide regulatory agency assessing risks to pollinators from neonicotinoid insecticides. In the decisions, published today, the Pest Management Regulatory Agency concludes that risks to bees from major uses of neonics are acceptable.

“Canada’s Pest Management Regulatory Agency is failing in its mandate to prevent unacceptable risks to Canadians and the environment from the use of pesticides,” David Suzuki Foundation senior researcher and analyst Lisa Gue said.

The federal Pest Management Regulatory Agency (PMRA) took seven years to complete its assessments of risks to pollinators from neonics. Yet despite the experience of beekeepers and overwhelming scientific evidence, the final assessments gloss over risks from seed treatments, which represent the most widespread use of neonics in Canada and a major source of environmental contamination.

“The PMRA’s conclusions with respect to seed treatments are at odds with a parallel assessment in the European Union, which confirmed risks to bees from all uses,” said Annie Bérubé, director of government relations with Équiterre.

The agency will cancel or restrict certain spray and soil uses of the three main neonics in Canada, but not for another two-to-three years.

The groups also criticized Canada’s fragmented approach to evaluating risks from neonics. Separate assessments, not yet finalized, have identified unacceptable risks to aquatic organisms, compelling the PMRA to propose a phase-out of most uses of the three most common neonics – imidacloprid, clothianidin and thiamethoxam. The PMRA had planned to publish a final decision on the broader assessment of imidacloprid in December 2018, but announced today that it will be delayed by more than a year until January 2020.

“It is nonsensical that the PMRA would approve continued use of many neonics today, while simultaneously proposing to phase them out due to unacceptable risks,” said Beatrice Olivastri, executive director with Friends of the Earth Canada. “It’s simple: the federal government must put an end to this runaround and confirm without further delay the proposals to cancel all major uses of these harmful insecticides, as Europe has done.”

“We fail to understand why pesticides that the PMRA itself has identified as a risk to the environment and the European Union has banned on the basis of risks to bees would be considered acceptable in Canada,” said Andre Flys of the Ontario Beekeepers Association. “We must improve pesticide regulation and pollinator protection in Canada, or our bees and ecosystems will suffer the consequences.”