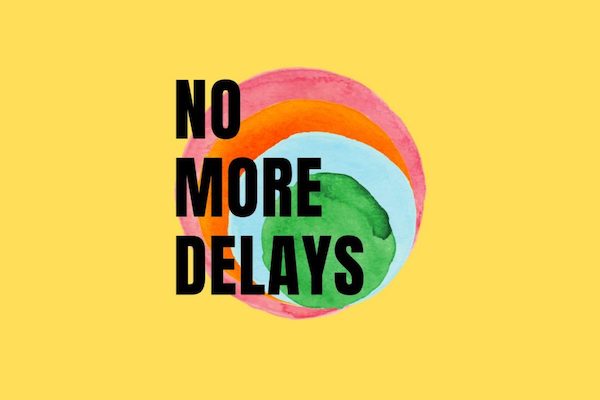 Ottawa/Vancouver/Toronto/Montreal: This morning, environmental organizations representing millions of Canadians are calling on Prime Minister Trudeau to rapidly fulfill his party’s climate promises, and implement the most effective climate actions – regardless of which platform they originated in.

“Last night, Canadians voted for parties to work together – and a clear majority cast their ballots for parties that put forth credible and bold climate policies. It’s time for Prime Minister Trudeau to work with other parties to step up his climate game, and fast,” said Caroline Brouillette, domestic policy manager at Climate Action Network – Réseau action climat Canada. “The science is clear: if we want to protect lives, livelihoods and ecosystems by limiting warming to 1.5 degrees, we must accelerate efforts to cut emissions. Our communities and our climate can’t afford any more delays.”

Communities from coast to coast to coast are bearing the costs of global warming. This summer’s deadly heat wave saw Western Canada break more than 100 all-time temperature records. Hundreds of people lost their lives, forests burnt to a crisp and thousands were evacuated due to wildfires. The Arctic is warming at three times the global average, and climate change is depleting First Nations’ food sources. The latest IPCC report is a red alert for our planet, highlighting that governments around the world need to do more to tackle the climate crisis head on.

Yet in recent years, the pace of climate action hasn’t kept up with the rate at which climate change is affecting people and communities across Canada. On fossil fuel subsidies, just transition, electric vehicles and more, there are a lot of unfulfilled promises and half-measure policies that must be addressed.

“The Liberals have big climate ambitions but, so far, disappointing results. In 2019, Trudeau promised to work towards phasing out fossil fuels, yet he gave nearly $18 billion in subsidies and other financial support to the fossil fuel industry last year,” said Angus Wong, Senior Campaign Manager at SumOfUs. “Thirty-five days ago Trudeau called an election, believing he would win a majority. But we know that he got a minority government last night partly because voters were frustrated by his delayed action on climate.”

“Canada is the only G7 country whose emissions have increased since the landmark Paris Agreement was signed. To turn that around, we need ambitious climate action now. We’re calling on all party leaders to put their politics aside and work together without delay to protect our communities and our planet,” said Liz McDowell, Director of Digital and Campaign Strategies at Stand.earth.

Canada’s major political parties all promised important climate policies during the election. If all of the promises were implemented, Canada could be doing its fair share to avoid the worst of the climate crisis. Aside from keeping his climate promises, Prime Minister Trudeau should adopt the most progressive climate commitments available, collaborating with other parties. Ahead of the UN climate conference (COP26) in November, the government should ramp up federal emissions reduction targets. As a historic big emitter, Canada’s fair share is at least 60 per cent reduction of domestic emissions from 2005 levels by 2030, as the Greens promised.

As of Tuesday morning, nearly 60 per cent had voted for parties with strong climate commitments. These parties are projected to win a total of 219 seats out of 338.

17.7% voted for the NDP to eliminate all fossil fuel subsidies, bring in carbon budgets, implement a 100% renewable electricity grid by 2040 and increase Canada’s emissions reduction target to 50% below 2005 levels by 2030.

32.2% voted for the Liberals to increase the carbon price ($170 price by 2030), accelerate a commitment to phase out fossil fuel subsidies, establish a cap on emissions in the oil and gas sector and end the export of thermal coal.

7.7% voted for the Bloc Québécois, who committed to exceed our Paris Agreement target and phase out oil production and exports while redirecting fossil subsidies into renewable infrastructure.