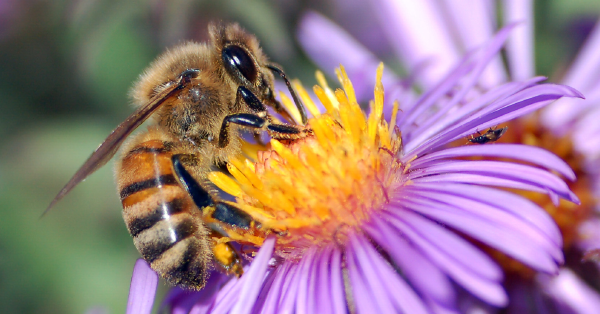 Ottawa — Yesterday Health Canada announced a proposal to phase out imidacloprid, a neonicotinoid pesticide widely used in agriculture in Canada, within three to five years. The proposal is based on new findings that imidacloprid poses unacceptable risks to aquatic insects, such as midges and mayflies, which are important food for fish, birds and other animals.

Équiterre and the David Suzuki Foundation find the proposed timeline unacceptable, given the risks acknowledged in the proposal and the high concentrations of the chemical found in waterways in Canada. “Other jurisdictions have acted decisively, such as France's ban on all neonicotinoids that will come into effect in 2018,” Nadine Bachand, project manager at Équiterre said.

Research shows integrated pest management and other best practices are currently available to eliminate the need for these pesticides to manage pests on crops. “Neonicotinoids are used preventatively in corn and soy crops, through seed coating, whether or not farmers actually have pest problems,” Faisal Moola, David Suzuki Foundation director general Ontario and Northern Canada added. “We need to move quickly to integrated pest management approaches now widely accepted in Europe.”

While this measure will cover several uses of the pesticide, its use in and around homes and buildings or for treatment of pets (flea, ticks and lice) are not covered, an omission Équiterre and DSF condemn.

Health Canada also announced a special review of two other types of neonicotinoids, clothianidin and thiamethoxam, to assess risks to aquatic species. Special reviews initiated by the Pest Management Regulatory Agency take an average of two years. Équiterre and DSF recommend these special reviews be completed quickly as a matter of priority.

The Task Force on Systemic Pesticides, a group of 50 international researchers, examined more than 1,100 peer-reviewed scientific articles and found neonicotinoids are persistent and pervasive throughout the environment and pose an unacceptable risk to biodiversity, including species that are beneficial to farmers, such as earthworms and pollinators.

In January, contrary to the TFSP review, Health Canada concluded that imidacloprid posed no unmanageable risk to bees and native pollinators. A preliminary risk assessment to pollinators for thiametoxam and chlotianidin should be released by the end of 2017. However, special review with a focus restricted to pollinators or aquatic insects could neglect potential human health impacts.