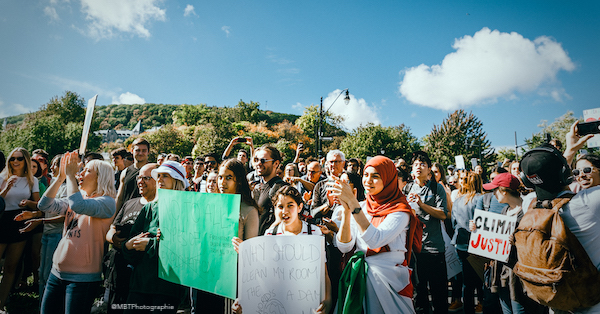 Montreal, Monday, October 21, 2019 – After a campaign in which the climate crisis figured prominently among voter priorities and during debates, Équiterre is calling on the new government to transcend party politics and act quickly for the sake of the climate.

“The climate crisis requires us to put aside partisan politics and depolarize the debate. It requires an urgent response, and we are calling for all parties to work together in the crucial years ahead,” states Colleen Thorpe, Executive Director of Équiterre. “Équiterre will continue to pressure the government to respond to the facts and the science, and to address the climate emergency in a politically courageous and coherent manner.”

4 demands for the new government

To respond quickly and effectively to the climate crisis, Équiterre urges the new government to:

“The coming years will be crucial for the planet. Solutions to the climate crisis exist. They will enable us to not only deal with the climate emergency head on, but also to make our communities more sustainable and resilient,” adds Colleen Thorpe, Équiterre’s Executive Director. “The new government must demonstrate the necessary political courage to respond to the public demand for urgent action on the climate, expressed throughout the campaign by Canadians of all generations.”