The only 100% certified organic and local winter baskets!

I REly on Équiterre's family Farmers
for my winter baskets! 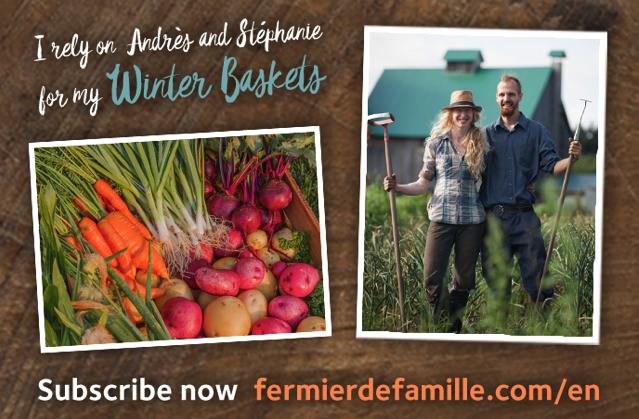 Montreal, October 4, 2017 – In collaboration with the Coopérative pour l’Agriculture de Proximité et Écologique [local organic farming co-op], or CAPÉ, Équiterre is opening the registration for winter baskets. Équiterre’s family farmer network is the only one that offers Quebecers baskets with 100% local organic produce certified by Québec Vrai or Ecocert Canada.

22 family farmers—many of them young and working on small farms—offer over 4,000 winter basket subscriptions in 9 Quebec regions (Montreal, Montérégie, Capitale-Nationale, Mauricie, Outaouais, Laurentians, Lanaudière, Estrie and Centre-du-Québec), with 2,500 in Montreal alone. Baskets are delivered every two weeks, from November to February, March, April or May, depending on the farm. Some farms offer fall baskets, which are delivered until the holiday season. Subscribers will discover a variety of more than 20 organic and local vegetables throughout the season. 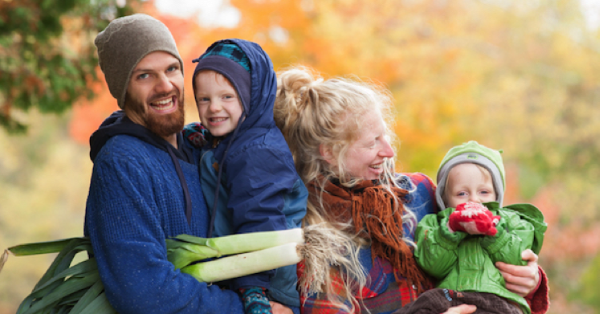 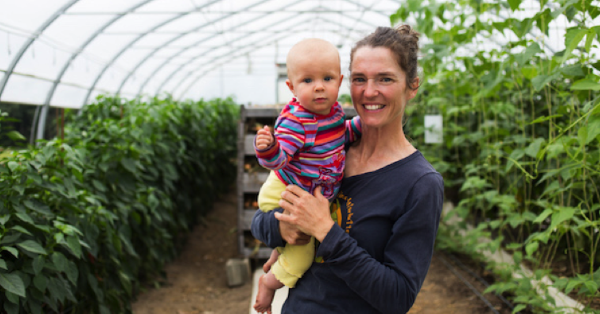 
A FARM-CITIZEN PARTNERSHIP TO ENJOY LOCAL ORGANIC PRODUCE ALL WINTER

“Équiterre and its family farmer network have played a leading role in facilitating the partnership between farms and consumers for over 20 years now. Consumers support a local farm, which, in return, delivers them organic baskets full of top-quality produce. Today, over 50,000 Quebecers have easy access to local, synthetic pesticide-free fruits and vegetables all year round,” says Isabelle Joncas, project manager of Équiterre’s family farmer network.

Bio Locaux co-op adds even more variety by offering other organic products. “There’s more to winter than root vegetables!” says market gardener Johanne Breton from Ulverton, Estrie. “Subscribers want variety, so some family farmers decided to join forces and create Bio Locaux, which offers not only a wide range of organic vegetables, but other local organic products, including oil, bread, eggs, flour and honey, during the winter months.”

Established in 1996, the Équiterre family farmer network now has 100 farms, which supply 50,000 people in all Quebec regions and even some people in New Brunswick every year. Some 19,000 subscriptions are available in the summer and 4,000 in the winter (22 family farmers in 9 Quebec regions for the winter baskets) Information: www.equiterre.org/en and registration: fermierdefamille.com/en

Bio Locaux is a group of about 20 organic farmers—all members of Équiterre’s family farmer network—powered by the CAPÉ. 22 of the 100 farms in the network offer winter basket subscriptions. Bio Locaux is launching the campaign, Des paniers divers, tout l’hiver ! [Variety all winter!], as well as a new visual identity. www.biolocaux.coop