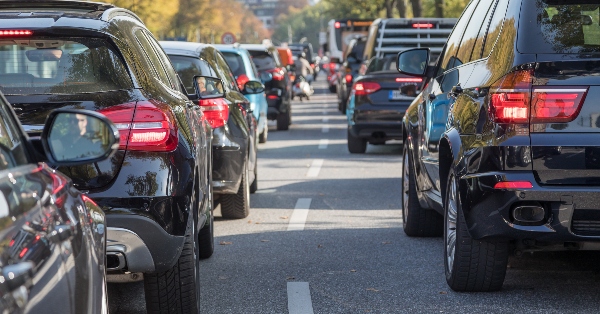 Montreal, March 30, 2021 - A new report from Équiterre highlights the power and influence of automotive advertising in Canada, including advertising for large fuel-inefficient vehicles, which represented 78% of new personal vehicle sales in 2020. This proportion has been growing steadily for nearly a decade.

Part of a series entitled The Rise of Light-Duty Trucks in Canada: Reversing the Trend, this first report recommends that governments implement restrictive and ambitious public policies for the automotive industry in order to curb the increasing number of gas-guzzling vehicles on the roads and the resulting negative impacts on society and the environment.

“Vehicles are getting larger, heavier and more fuel-inefficient - an alarming trend that is undermining our governments’ climate goals. To reverse this trend, advertising must be more tightly controlled,” states Andréanne Brazeau, Équiterre’s Mobility Analyst.

“It doesn't make sense to allow advertising for gas-guzzlers when the sale of gasoline-powered vehicles will be banned in a few years,” she adds. “Many countries have shown leadership in addressing the issue. The United Kingdom, Belgium and New Zealand have already made strides by regulating automotive advertising.”

Équiterre’s report raises three important problems about automotive advertising that are fueling the rise in the purchase of large vehicles:

A public health and safety issue

What can be done to fix the problem? "First and foremost, we must identify the proliferation of SUVs and other gas-guzzlers as a public health and safety issue, like we did with smoking, speeding and advertising directed at children," explains Andréanne Brazeau.